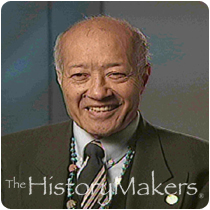 Favorite Color:
Black
Favorite Food:
Peas and Rice
Favorite Time of Year:
Spring
Favorite Quote:
Do Unto Others As You Would Have Them Do Unto You.

Favorite Color:
Black
Favorite Food:
Peas and Rice
Favorite Time of Year:
Spring
Favorite Quote:
Do Unto Others As You Would Have Them Do Unto You.

Actor and record executive Aki Aleong was born on December 19, 1934 in Port of Spain, Trinidad, to Henry Leong (Aleong), a cook from Hong Kong, and Agnes Vera Gonsalves from St. Vincent, British West Indies; he was originally called Assing Aleong by his father and Leonard Gonzales by his mother. Aleong attended Progressive Education Institute in Trinidad as a youth. After moving to Brooklyn, New York, with his mother in 1949, Aleong graduated from Boys High School; in 1951, he started taking classes at Brooklyn College while working in a hardware store.

Also a musician, Aleong wrote the hit songs Trade Winds and Shombalor; in 1963 he formed Aki Aleong and the Nobles. Leaving the movie business in 1967, Aleong worked as the west coast R&B sales and promotion manager for Capitol Records; an assistant vice president of promotion for Polydor Records; an assistant vice president of sales for Liberty/United Artist Records; the president of Pan World Records and Pan World Publishing (BMI); and a record producer for VeeJay Records. Aleong worked with The 5th Dimension, The Ojays, and Bobby Womack, and produced the Roy Ayers album Red Black and Green. Aleong also managed Norman Connors in 1976, and produced Connors’s gold record You are My Starship.

Onetime chairman of the Fraternity of Recording Executives, Aleong returned to acting in 1983. Aleong served on the boards of the Screen Actors Guild and the Media Action Network for Asian Americans and was the executive director for Asians in Media.

See how Aki Leonard Gonzales Aleong is related to other HistoryMakers
Donate Now
Click Here To Explore The Archive Today!