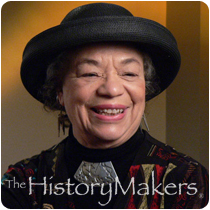 Favorite Color:
Red
Favorite Time of Year:
Spring
Favorite Vacation Spot:
Jamaica
Favorite Quote:
Ah, But A Person's Reach Should Exceed Its Grasp, But What Is Heaven For?

Favorite Color:
Red
Favorite Time of Year:
Spring
Favorite Vacation Spot:
Jamaica
Favorite Quote:
Ah, But A Person's Reach Should Exceed Its Grasp, But What Is Heaven For?

Returning briefly for graduate studies at New York University, Hernandez moved to Los Angeles to take an internship with the International Ladies Garment Workers Union (ILGWU) and later went on to earn her M.S. degree in government from California State University at Los Angeles in 1961.

Hernandez worked for the IGLWU from 1951 to 1960; eventually she backed the efforts of the Federation of Union Representatives to obtain benefits from the IGLWU. In 1960, Hernandez resigned from the IGLWU to join the successful re-election campaign of California State Comptroller and future United States Senator Allan Cranston. In 1962, Hernandez was appointed by California Governor Pat Brown to be assistant chief of the California Division of Fair Employment Practices and began enforcing the state’s 1959 anti-discrimination law. In 1965, Hernandez was appointed a commissioner of the newly-formed United States Equal Employment Opportunity Commission (EEOC) by President Lyndon B. Johnson. As the first female and second minority appointed to the EEOC Commission, Hernandez paid particular attention to Title VII of the Civil Rights Act of 1964. In 1966, Hernandez co-founded the activist group, National Organization for Women (NOW), with her friend and Episcopal priest, Pauli Murray, author Betty Friedan, and others. From 1970 to 1971, Hernandez served as the second national president of NOW, following Friedan. In 1971, Hernandez helped found the National Women’s Political Caucus, and in 1972 helped create NOW’s Minority Women’s Task Force. That same year, Hernandez formed Sapphire Publishing Company with nine other black women. Leaving NOW in 1979, Hernandez served on the board of the Ms. Foundation from 1976 to 1985. Hernandez toured China in 1978, and after touring South Africa in 1981, released the book, South Africa: Time Running Out.

Hernandez served as the president of Hernandez and Associates, which she founded in 1967; she has taught at San Francisco State University and the University of California at Berkeley. Hernandez was a Regents Scholar in Residence at the University of California at Santa Barbara in 1996. Hernandez has been honored by the National Urban Coalition, the Northern California American Civil Liberties Foundation, Howard University and many other organizations. In 2005, Hernandez was one of 1,000 women from 150 nations who were collectively nominated for a Nobel Peace Prize for their work in social justice and civil rights.

See how Aileen Clarke Hernandez is related to other HistoryMakers
Donate Now
Click Here To Explore The Archive Today!