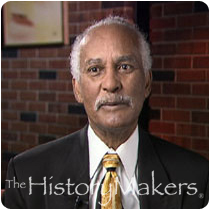 See how Abner Jean "Val" Jackson is related to other HistoryMakers

For nearly sixty years, the Jackson Mortuary has been an institution in Wichita, Kansas. The family-owned and -operated mortuary and its owners, twin brothers Abner Val Jean Jackson, Sr. and Anderson Eugene Jackson, hold a place of honor in the community of Wichita.

Abner Val Jackson, Sr. was born in Wichita in 1933. He graduated from North High School. He served in the U.S. Army and had the distinction of being one of the first African American to serve with the Wichita Fire Department. He left the department in 1967 after twelve years to join the family business. While running the business, he and his wife, Erma, operated Jackson Realty and Skin Appeal Cosmetics, managed Calvary Towers Senior Citizen Housing Project and had other business holdings. In 1982, Jackson retired and turned the mortuary business over to his twin sons.

Along with his position as vice president of Jackson Mortuary, earning his funeral director’s license in 1961, Jackson served his community through his membership in organizations like the National Urban League and the NAACP. He was involved in policymaking for the City of Wichita and was honored by the city and the State of Kansas in acknowledgment of his commitment to the community. He served as chairman of the Metropolitan Planning Commission, the Board of Directors for the City of Wichita and the Board of Trustees for Wichita’s Calvary Baptist Church. Jackson has four children: Val Jean Jackson, Jr.; Michael E. Jackson; Kimberly Jackson-Landrum; and Stephanie Jackson Cousin. He also has eleven grandchildren and eight great-grandchildren.

Jackson was interviewed by The HistoryMakers on August 30, 2002.

See how Abner Jean "Val" Jackson is related to other HistoryMakers
Click Here To Explore The Archive Today! 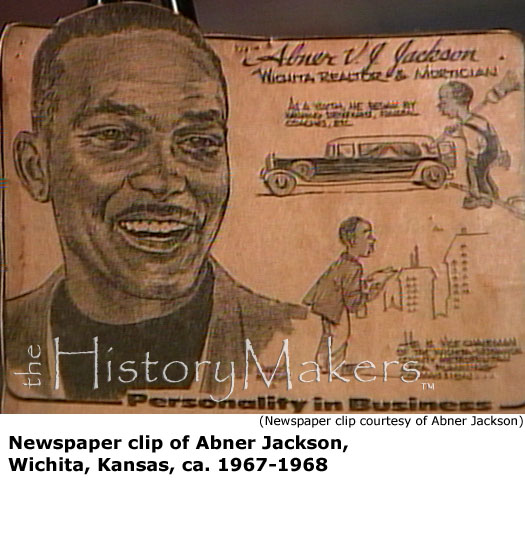 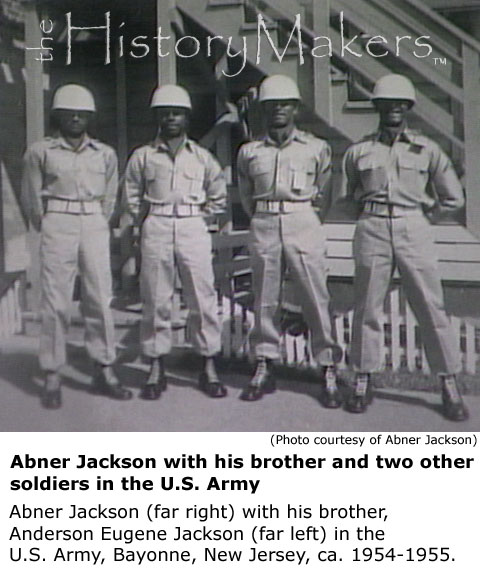