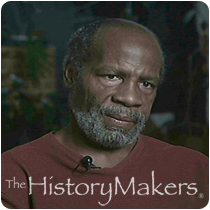 See how Abiodun Oyewole is related to other HistoryMakers
Donate Now

Abiodun Oyewole was born Charles Davis on February 25, 1948 in Cincinnati, Ohio. At the age of three, he moved to Queens, New York, with his maternal aunt and her new husband. He was greatly influenced by the jazz and gospel music they played and by poets like Langston Hughes. At fifteen, he and a friend attended a Yoruba Temple in Harlem, New York. There, a Yoruba priest performed a ceremony, giving him the name Abiodun Oyewole, by which he is best known. Oyewole began learning about the Yoruba gods and developed a spiritual connection to the religion, which stressed the significance of praying to one’s ancestors for guidance and strength.

Oyewole is a founding member of the American musical spieling group, The Last Poets. On May 19, 1968, the anniversary of Malcolm X’s birthday, Oyewole and two others David Nelson and Gylan Kain read poetry in tribute to Malcolm X at a memorial for him, and the group was born. The group’s message, deeply rooted in Black Nationalism, quickly became recognized within the African American community. The Last Poets along with the artist Gil Scott-Heron are credited as having had a profound effect on the development of hip-hop music. In 1970, the Last Poets were signed by jazz producer Alan Douglas and released their first album. This album includes their classic poem Niggers are Scared of Revolution. The Last Poets' spoken word albums preceded politically laced Rhythm and Blues projects, such as Marvin Gaye’s What's Going On, and foreshadowed the work of hard-hitting rap groups like Public Enemy and Dead Prez.

After being sentenced to four years in a North Carolina prison for larceny, Oyewole was forced to leave The Last Poets. He served two and half years of his sentence and during that time attended a nearby college where he earned his B.A. degree. He went on to earn his Ph.D. from Columbia University in New York City, where he has served as a faculty member. Oyewole rejoined The Last Poets, during its 1990s resurgence. The Last Poets took part in Lollapalooza in 1994 and released a new album entitled Holy Terror in 1995 and a book called On a Mission: Selected Poetry and a History of the Last Poets in 1996. Oyewole continues to tour various venues giving lectures on poetry and politics.

See how Abiodun Oyewole is related to other HistoryMakers
Donate Now
Click Here To Explore The Archive Today!