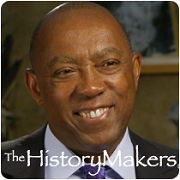 Politician and lawyer The Honorable Sylvester Turner was born on September 27, 1954 in Houston, Texas. In 1977, Turner received his B.A. degree from the University of Houston in political science before attending Harvard Law School, where he received his J.D. degree in 1980. After graduation, he began working at the Houston-based law of firm Fulbright & Jaworski. In 1983, he and partner Barry M. Barnes founded law firm Barnes & Turner. He was elected to his first office in 1988 to represent District 139 in the Texas House of Representatives.  There, he sat on the State Affairs Committee and the Appropriations Committee. In 1991 and 2003, Turner ran for mayor of Houston, but lost both times, first to Bob Lanier, then to Bill White. In 2003, he became Speaker Pro Tempore of the House of Representatives, and in 2016, he was elected mayor of Houston. 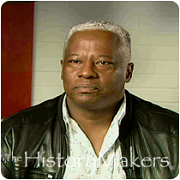 Lawyer and broadcast owner Anthony R. Chase was born March 17, 1955, in Houston, Texas. Chase earned his B.A. degree in 1977 from Harvard College and his J. D. and M.B.A. degrees in 1981 from Harvard Law School and Harvard Business School, respectively. He began his career at the Houston investment bank firm Rotan Mosley. His next position was at Donaldson, Lufkin and Jenrette in New York City, where he advised telecommunications and broadcast companies. In 1992, he purchased the Dallas-based radio station, KGGR, and then he acquired stations in Texas, Louisiana and California. He entered the wireless phone industry in 1994, forming Chase Telecommunications, and sold the company in 1997. In 1998, he formed ChaseCom to provide residential and business telecommunications services. He collaborated with several major corporations, including Clear Channel Communications. In 2001, he founded ChaseSource LP. In 2007, he sold ChaseCom to AT&T.

Behind the Scenes Camera