An Evening With Ursula Burns

An Evening With Ursula Burns

An Evening With Ursula Burns, was a one-on-one interview of Ursula Burns, the former CEO of Xerox. Taped in front of a live audience at The New York Times Center and hosted by veteran PBS-TV news journalist Gwen Ifill, the program explored the life and career of Burns, the first African American woman to head a Fortune 500 company. A lifelong New Yorker, Burns told of her poor upbringing on the Lower East Side of Manhattan, her mother’s efforts to raise three children on her own, her start at the Xerox Corporation as a young engineer and intern, and her meteoric rise through the corporate ranks.

Intermixed throughout the program are live appearances of Ursula Burns' mentors. Former Xerox CEO, Paul Allaire, told of how Burns initially spurned his offer to become his executive assistant. Former Xerox CEO, Anne Mulcahy told of how she and Ursula spearheaded a turnaround of Xerox during a financially precarious period for the company. They worked as true partners and made history when Ursula became the first female to succeed another female CEO of a Fortune 500 company. Then, business and civic leader Vernon Jordan spoke of the importance of Burns’ journey and of how she overcame class, race and gender in order to reach the highest rank of Corporate America. Others provided their perspectives on her trailblazing career and her family life. They included: American Express CEO, Executive Leadership Council's Executive Director and Viacom Senior Vice President, Marva Smalls, as well as Burns' husband, daughter, son and sister, Lloyd Bean, Malcolm Bean, Melllisa Bean and Deborah Eastman. 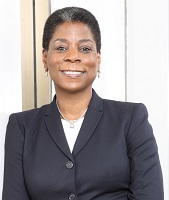 Burns was named chief executive officer in July 2009 and shortly after, made the largest acquisition in Xerox history, the $6.4 billion purchase of Affiliated Computer Services. The acquisition grew the company’s presence in the $500 billion business services market and extended the company’s reach into diverse areas of business process.On May 20, 2010, Burns became chairman of the company. Building on Xerox’s legacy of innovation, Burns supported workplaces, from small businesses to large global enterprises, in simplifying the way their work gets done so they can focus more on what matters most, their real business.

Burns serves as chairman of the Xerox board of directors. Additionally, she holds board positions with the American Express Company and Exxon Mobil Corporation. Burns provides leadership counsel to community, educational and non-profit organizations, including FIRST (For Inspiration and Recognition of Science and Technology), National Academy Foundation, MIT, and the U.S. Olympic Committee, among others. She is a founding board director of Change the Equation, which focuses on improving STEM curriculum in the U.S. education system. In March 2010, U.S. President Barack Obama appointed Burns vice chair of the President’s Export Council.