An Evening With The HistoryMakers 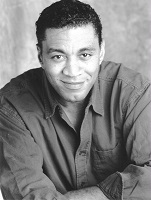 Harry Lennix is an accomplished film, television, and stage actor, who currently stars as Harold Cooper, Assistant Director of Counterterrorism for the FBI on the hit NBC series The Blacklist. He will next be seen as a guest star on the series spinoff, The Blacklist: Redemption. Moviegoers worldwide saw him in the Warner Brothers blockbuster Man of Steel as General Swanwick, a role he reprised in the sequel, Batman vs. Superman: Dawn of Justice. Lennix received widespread critical acclaim and a Golden Satellite Award as Aaron in Julie Taymor’s Titus with Anthony Hopkins and Jessica Lange. Other film credits include State of Play, Across the Universe, the Oscar-winning Ray, Barbershop 2, The Matrix Reloaded, The Matrix Revolutions and Love and Basketball. His television credits include recurring roles on Fox’s Dollhouse, HBO’s Little Britain, NBC’s ER, The CW’s Emily Owens, M.D., Diagnosis Murder and the critically acclaimed 24 as Walid Al-Rezani.

Actress, director, playwright and Golden Globe winner Regina Taylor is best known to television audiences for her role as Lily Harper in I'll Fly Away. She has received a Golden Globe Award for Best Performance by an Actress in a TV Series, 3 NAACP Image Awards and two Emmy Award nominations for Outstanding Lead Actress in a Drama Series.  Other honors include Peabody Gracie and Chicago Film Critics Oscar Micheaux awards. Her first television role was as student Minnie Jean Brown one of the Little Rock Nine in Crisis at Central High starring Joanne Woodward. Other television roles include Dig, The Unit, Elementary, First African American lead in a Masterpiece Theatre movie Cora Unashamed, Strange Justice (starring as Anita Hill) FEDs, The Education of Max Bickford with Richard Dreyfus and A Good Day To Die starring Sidney Poitier.

Taylor’s film credits include The Negotiator, Courage Under Fire, A Family Thing, Clockers, Losing Isaiah, and Lean on Me. Taylor was also the first black woman to play Juliet in William Shakespeare's Romeo and Juliet on Broadway.  Other theater credits include The Tempest, Machinal, The Illusion and Jar the Floor.

As an Artistic Associate of Goodman Theatre, Regina Taylor is one of its most produced playwrights. In 2015, she directed at Goodman her play stop. reset. which premiered at Signature Theatre in New York City where she is a Residency Five playwright. Playwriting credits include Crowns, Oo-Bla-Dee, Drowning Crow, Magnolia, and The Trinity River Plays. Taylor has received honorary doctorates from DePaul University, Columbia University and Lake Forest University.