An Evening With Nikki Giovanni

An Evening With Nikki Giovanni

View In The Digital Archive Purchase a DVD

This hour-long, one-on-one interview program provided a wonderful look inside the life of poet and educator Nikki Giovanni. Taped live in Atlanta, Georgia at Georgia Public Broadcasting on Saturday, June 18, 2005, this program was the eighth in The HistoryMakers' An Evening With... PBS-TV series. Writer, novelist and playwright Pearl Cleage interviewed her former childhood babysitter Nikki Giovanni in front of a standing room only audience.

The program began with three Atlanta-based spoken word artists performing one of Giovanni's poems, Ego Tripping (there may be a reason why), and then, Pearl Cleage introduced Nikki Giovanni. During the interview, Giovanni talked about her childhood, the origins of her writing career and discussed her feelings about young people and hip hop culture. Throughout the interview, there were performances by spoken word artists reciting Giovanni's poems.

Through the use of historic film footage and live performances, An Evening With Nikki Giovanni provided a profound look into the wonderful life of one of the world's most outstanding spoken word artists. 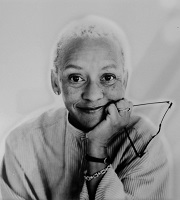 Spoken word artist and poet Nikki Giovanni was born on June 7, 1943, in Knoxville, Tennessee. Receiving her B.A. degree in 1967 from Fisk University, Giovanni became involved in the Black Arts Movement, organizing the Black Arts Festival in Cincinnati, Ohio. In 1970, Giovanni founded her own publishing company, Niktom Limited. She has published more than fourteen volumes of poetry and various other books, including Racism 101 and Blues: For All the Changes. In 1987, she joined the faculty of the English Department at Virginia Polytechnic Institute, where she teaches writing, poetry and literature. Giovanni has received numerous honorary degrees, the NAACP Image Award for Literature in 1998 and 2000, and the Langston Hughes Award for Distinguished Contributions to Arts and Letters in 1996. She has also been named Woman of the Year by Mademoiselle, Essence and Ladies Home Journal. 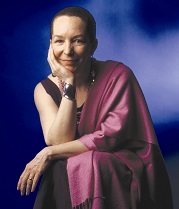 Writer, playwright, poet, essayist, and journalist Pearl Cleage was born on December 7, 1948 in Springfield, Massachusetts. After graduating from the Detroit Public Schools in 1966, Cleage enrolled at Howard University, where she studied play writing. She transferred and graduated from Spelman College in 1971 with a bachelor’s degree in drama. As a writer, she has written three novels: What Looks Like Crazy on an Ordinary Day, I Wish I Had a Red Dress, and Some Things I Never Thought I’d Do, which was published in 2003. As an essayist, many of her essays and articles have appeared in magazines such as Essence, Ms. and Vibe. Cleage has written over a dozen plays, some of which include Bourbon at the Border and Blues for an Alabama Sky, which returned to Atlanta as part of the 1996 Cultural Olympiad in conjunction with the 1996 Olympic Games. In addition to her writing, Cleage remains active in a number of movements.