An Evening With Harry Belafonte

An Evening With Harry Belafonte

An Evening With Harry Belafonte, an hour long, PBS-TV live-to-tape interview program provided a rare look inside the life and times of the legendary Harry Belafonte. Taped on November 2, 2000 at The Art Institute of Chicago, entertainer and humanitarian Harry Belafonte was interviewed by his friend and fellow actor/humanitarian, Danny Glover. Mr. Belafonte has appeared in countless performances and has been honored throughout his life with many awards. Seldom, if ever, had he been interviewed about his life story prior to this An Evening With... event. 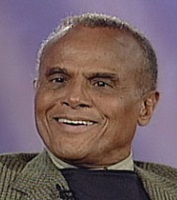 Harry Belafonte was born on March 1, 1927 in Harlem, New York City. After dropping out of high school, he joined the U.S. Navy. Returning to New York, he worked odd jobs before auditioning for the American Negro Theatre, earning his first leading role in Juno and the Paycock. In 1953, Belafonte made his film debut in Bright Road. Belafonte also developed his singing talents, and his third record, Calypso, became the first in history to sell over one million copies. In the 1950s, Belafonte developed a strong relationship with Reverend Dr. Martin Luther King, Jr., working to mobilize the arts community to support civil rights activists. In 1985, Belafonte mobilized global artists to raise awareness about the famine, war and drought sweeping Africa. Belafonte later served as a UNICEF goodwill ambassador; and, in 2012, published his autobiography, My Song: A Memoir of Art, Race, and Defiance. 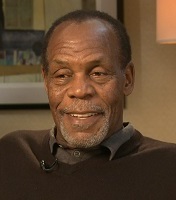 Danny Glover was born on July 22, 1946, in San Francisco, California. Both of his parents were postal workers and active members of the NAACP. Glover attended San Francisco State University in the late 1960s, and participated in a 1968 student strike, which led to the creation of the first ethnic studies department in the country. Glover initially worked for the City of San Francisco’s Model Cities program from 1972 to 1977. He trained at the Black Actors’ Workshop of the American Conservatory Theater, and made his feature film debut in Escape from Alcatraz in 1979. Glover’s film appearances include the Lethal Weapon series, Predator 2, To Sleep with Anger, and The Color Purple. In 1994, Glover co-founded the Robey Theatre Company, and in 2005, co-founded Louverture Films. Glover served as a Goodwill Ambassador for the United Nations Development Program from 1998 to 2004, and as a UNICEF Ambassador.