An Evening With Eric Holder

An Evening With Eric Holder was a one-on-one interview with former United States Attorney General Eric H. Holder, Jr., a dedicated public servant whose career has been committed to civil and human rights and racial justice. Hosted by opinion writer for The Washington Post and MSNBC contributor, Jonathan Capehart, An Evening With Eric Holder provided a rare inside look into the life and career of former U.S. Attorney General Eric Holder. This includes being raised as the child of immigrants from Barbados, to attending Columbia University and Columbia Law School, to his early lessons and growing pains as a young lawyer, and his subsequent public career and historic firsts. Holder would become the first African American to hold three of the nation’s most high-profile legal positions: U.S. Attorney for the District of Columbia, Deputy U.S. Attorney General, and finally, U.S. Attorney General, the third longest-serving in the country’s history. Through it all, the audience saw a doting father, a faithful husband, and a light-hearted friend. Musical performances by singer, songwriter, and guitarist Raul Midón, as well as R&B singer and songwriter KEM made An Evening With Eric Holder a night not soon forgotten by the audience.

Former U.S. Attorney General Eric H. Holder, Jr.’s career has been one committed to service and racial justice. Of Barbadian descent, Holder was born on January 21, 1951 in Bronx, New York as the eldest of two boys and the son of Miriam Yearwood Holder and Eric Holder, Sr. Holder received his B.A. degree in American history in 1973 from Columbia University, where he became active in the civil rights movement. During law school, he clerked for the NAACP Legal Defense Fund and the Department of Justice’s Criminal Division in 1974 and 1975, respectively, before graduating in 1976 from Columbia Law School. In 1988, Holder was nominated by President Ronald Reagan to become an Associate Judge of the Superior Court of the District of Columbia. He was then appointed by President Bill Clinton as the first African American to serve as the U.S. Attorney for Washington, D.C. in 1993. He later served as Deputy Attorney General in 1997 alongside U.S. Attorney General Janet Reno. He was then appointed as the 82nd Attorney General of the United States, and served in that capacity from 2009 to 2015, after serving as a partner at the law firm of Covington & Burling from 2001 to 2009. As the third longest serving Attorney General in U.S. history, and the first African American to hold that office, Holder has served in government for more than thirty years, having been appointed to various positions. In 2014, Time magazine named Holder to its list of 100 Most Influential People, noting that he had “worked tirelessly to ensure equal justice.” 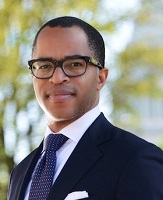 Jonathan Capehart was born on July 2, 1967.  He graduated from Carleton College in Northfield, Minnesota with his B.A. degree in political science in 1989.  From 1993 to 2000, Capehart served as a member of the New York Daily News editorial board, and then as deputy editorial page editor from 2002 to 2004.  He was a key contributor to the Daily News editorial team that won the 1999 Pulitzer Prize for Best Editorial Writing. Capehart also briefly worked as a national affairs columnist for Bloomberg News, and served as a policy advisor for Michael Bloomberg’s 2001 campaign for New York City Mayor. Capehart was later named senior vice president and senior counselor of public affairs for Hill & Knowlton.  In 2007, he joined the staff of The Washington Post as a journalist and editorial board member, where he wrote for their PostPartisan blog. Capehart also served as a contributor for MSNBC.