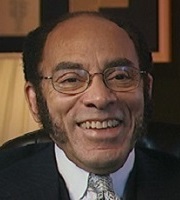 Publisher and business leader Earl Graves has done more to change the landscape of the African American business community than anyone in the United States. In the late 1960s, when African Americans were starting to enter Corporate America, Graves decided to start a newsletter, which quickly grew into Black Enterprise magazine. Since launching the business publication in 1970, Graves has helped to foster the growth of a vibrant African American business community. Today, Black Enterprise is a multimedia company with properties in television, radio, events, digital media and the Web. In 1999, Graves was awarded the 84th NAACP Spingarn Medal, the highest achievement award for African Americans. Also, Graves was immortalized in wax when ExxonMobil commissioned a likeness of him to be exhibited in the National Great Blacks in Wax Museum in Baltimore, Maryland. In August 2006, he received the Lifetime Achievement Award from the National Association of Black Journalists for his contributions to the field of journalism and the publishing industry. 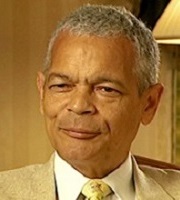 Activist and politician Julian Bond was born on January 14, 1940, in Nashville, Tennessee. In 1960, Bond was one of several hundred students who helped form the Student Nonviolent Coordinating Committee. In 1965, he was elected to the Georgia House of Representatives but was barred from taking his seat until December 1966 when the U.S. Supreme Court ruled in his favor. He went on to serve four terms as a state representative and six terms in the Georgia State Senate. Bond hosted America’s Black Forum for many years. He was a distinguished scholar in residence at American University and a faculty member at the University of Virginia.