An Evening With Denyce Graves

An Evening With Denyce Graves

This hour-long, one-on-one interview program provided a rare and unique look inside the life and career of legendary mezzo-soprano Denyce Graves. Taped live in Chicago, Illinois at Northwestern University’s Thorne Auditorium on Saturday, October 22, 2005, this program was the ninth in The HistoryMakers’ An Evening With... series. Academy Award nominated actress Angela Bassett interviewed her friend Denyce Graves with Discover Financial Services LLC serving as the event’s title sponsor.

Denyce Graves is recognized worldwide as one of today’s most exhilarating vocal stars. In this program, Graves revealed how her talents catapulted her from the inner city of Washington, D.C. to the majestic halls of the New York Metropolitan Opera and other notable opera houses throughout the world. She also explained the spelling of her first name and talked about the history of African Americans in the world of opera, her family history and her future – her young daughter.

Through photographs and video footage from some of her performances, An Evening With Denyce Graves showed why Denyce Graves is one of the most treasured stars working in the world of opera. 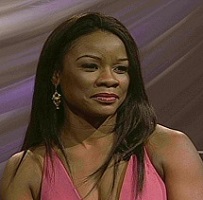 Opera singer Denyce Graves is a native of Washington, D.C., where she attended the Duke Ellington School for the Performing Arts. She continued her education at Oberlin College Conservatory of Music and the New England Conservatory. Graves made her debut at the Metropolitan Opera in the 1995-96 season in the title role of Carmen. Graves has become particularly well-known to operatic audiences for her portrayals of the title roles in Carmen and Samson et Dalila. These signature roles have brought Graves to the Metropolitan Opera, Vienna Staatsoper, Royal Opera – Covent Garden, San Francisco Opera, Opera National de Paris, Lyric Opera of Chicago and countless others. In 1998, Graves received an honorary doctorate from Oberlin College Conservatory of Music. She was named one of the Fifty Leaders of Tomorrow by Ebony magazine and was one of Glamour magazine’s 1997 Women of the Year. In 2003, Graves was appointed as a Cultural Ambassador for the United States. 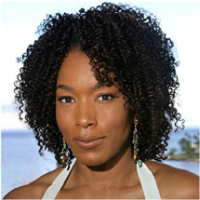 Angela Bassett began her career on stage after graduating from the Yale School of Drama. She held roles in several productions on and off Broadway including Ma Rainey’s Black Bottom, Colored People’s Time, Henry IV, Part I and Joe Turner’s Come and Gone. Bassett first made the crossover to the silver screen when she appeared in John Singleton’s Boyz N the Hood. Perhaps best known for her intense portrayal of Tina Turner in the biopic What’s Love Got To Do With It opposite Laurence Fishburne, Bassett earned the Golden Globe for Best Actress in a Drama as well as an NAACP Image Award for Outstanding Lead Actress in a Motion Picture and earned an Academy Award nomination for her powerful performance.