Well known TV journalist J.B. Brown will host The HistoryMakers Year in Review—2018 which features An Evening With Ken Chenault taped at the New York Times Center where the nation’s civic and business leadership came out to hear firsthand the life story of one of the nation’s most successful corporate leaders as interviewed by J.B. himself. The year also saw a videotaping of A Musical Night With Harry Lennix made possible through a partnership with the University of Chicago’s Logan Center and Kenwood Academy that allowed theatrical students to perform in a live theatrical TV taping. On the road, The HistoryMakers held regional receptions in Salt Lake City, Atlanta, Little Rock, Sacramento, Washington, D.C., Boston, Anchorage, San Antonio, Houston, New Orleans, Cleveland, Indianapolis, Detroit, North Carolina and South Carolina to honor area HistoryMakers and to forge new partnerships with universities, libraries, and school systems. The year wraps up with 210 HistoryMaker interviews being added to The HistoryMakers archives. In addition to behind-the-scenes footage, the program includes a performance by the late Al Jarreau, provided courtesy of International Jazz Day and The Herbie Hancock Institute of Jazz, in tribute to Ken Chenault, Harry Lennix, and those interviewed in 2018. Immediately following is a screening of An Evening With Ken Chenault and A Musical Night With Harry Lennix. 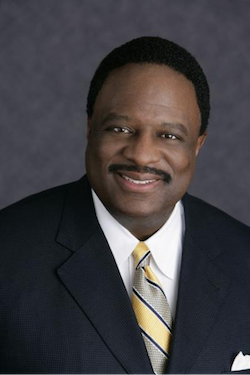 James “JB” Brown is the current host of “The NFL Today” on CBS and "Inside The NFL" on Showtime.  A three-time Emmy Award-winning network broadcaster, Brown, who was elected into the Sports Broadcasting Hall of Fame in August 2020, has hosted the Super Bowl a record-tying nine times including Super Bowl LIII on CBS. Brown is a Special Correspondent for CBS News and contributes to programs such as “60 Minutes”, “CBS This Morning”, “CBS Evening News” and “48 Hours”. He is also a founding partner of Major League Baseball’s 2019 World Series Champion Washington Nationals. Among his many accolades such as the 2016 Pete Rozelle Award by the Pro Football HOF, which recognizes “longtime exceptional contributions to radio and television in professional football" and 2010 honoree as one of the “Faces of Black History” celebrating Black Media Legends who have impacted the Black community through their achievements and positive examples, one of the honors he is most proud of is that of becoming an ordained minister. Brown notes, “I know in my own life, there have been abundant examples that have proven that there is only one name that counts out there. One name that all the demons in hell flee from and that every knee must bow, and that’s the name of Jesus Christ.” 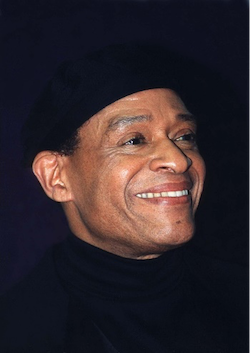 Al Jarreau was a jazz singer and musician who began his musical career moonlighting with George Duke’s jazz trio in the 1960s. His day job was that of vocational rehabilitation counselor after previously achieving his master’s degree in the field from the University of Iowa in 1964. Jarreau decided to make singing his full-time career after experiencing success with the George Duke trio and in a duo arrangement with guitarist and fellow singer, Jose Martinez. Jarreau signed with Warner Bros. Records in 1971 and released a series of albums that spanned the genres of jazz, pop and R&B affording him accolades and seven Grammy Awards in all three categories throughout his career, becoming the only vocalist to accomplish this feat. Jarreau was part of the star-studded group of artists to record the infamous “We Are the World” famine relief song & video produced by Quincy Jones and wrote the lyrics and sang the theme song to the television show, Moonlighting, starring Bruce Willis and Cybill Shepherd in the 1980s, the latter earning him two Grammy nominations and the former winning four Grammy Awards. Al Jarreau was diagnosed with pneumonia in 2012 but he fully recovered and continued touring for the next five years until he was hospitalized on February 8, 2017 for exhaustion. Al Jarreau died of respiratory failure just two days after announcing his retirement at the age of seventy-six.

An Evening With Ken Chenault will be a live-to-tape, one-on-one interview with former American Express CEO Ken Chenault conducted by sportscaster James Brown at New York City’s The New York Times Center. Taking place on Saturday, November 3, 2018, the program will pay tribute to Chenault’s extraordinary life and career. As Brown guides Chenault through his early professional years as a lawyer and consultant into his nearly forty year career at American Express, the audience will hear stories of ambition and perseverance.

An Evening With Ken Chenault will not only spotlight one of the nation’s most accomplished business and civic leaders. It also will contribute to a developing conversation on the history of African Americans in business, a topic too long ignored.

On Wednesday, May 2, 2018, The HistoryMakers hosted A Musical Evening With Harry Lennix, a live program featuring singing, performance and storytelling from native Chicagoan and actor Harry Lennix and singer Terisa Griffin. Dr. Anita Blanchard severed as the Mistress of Ceremonies for the event. The show included musical performances by Musical Director Terisa Griffin, Dee Alexander, Felicia Fields and Lynne Jordan as well as performances by local high school students and excerpts from The HistoryMakers Digital Archive.