EVENING: The HistoryMakers Year in Review—2017

Ford Foundation Center for Social Justice President Darren Walker makes a special appearance to host The HistoryMakers Year in Review—2017 which was the same year that The HistoryMakers honored in New York City the highly impactful career of Franklin Thomas, the first African American president of the Ford Foundation. Also, in 2017, The HistoryMakers showcased the rich content of its archives with a major stage show/PBS-TV taping hosted by actress/director Regina Taylor and actor/producer Harry Lennix, An Evening With The HistoryMakers: Chicago Stories. Featured on the program were The Honorable Deval Patrick, The Honorable Valerie Jarrett, Reuben Cannon, Eric Johnson, Brenda Gaines, Audrey Smaltz, Terri Gardner and Wayne Baker Brooks. The HistoryMakers also continued to hold regional receptions in Miami, Dallas, Birmingham, Milwaukee, New Orleans, Jackson, Mississippi, Denver, Columbus, Ohio; Savannah, and Martha’s Vineyard. The City of Chicago and the Chicago Public Library co-hosted a special press event to announce the offering of The HistoryMakers Digital Archive free of charge to all Chicago library patrons, and The HistoryMakers established relationships with more university archives around the nation. 192 HistoryMakers were interviewed across the country. In addition to behind-the-scenes footage, the program includes a performance by the gifted artist Angelique Kidjo, followed by a screening of An Evening With Franklin Thomas and An Evening With The HistoryMakers: Chicago Stories. 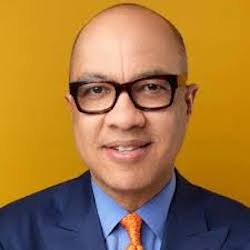 Darren Walker is president of the Ford Foundation, a $13 billion international social justice philanthropy. Under his leadership, the Ford Foundation recently became the first nonprofit foundation in US history to issue a $1 billion social bond in the US taxable bond market to increase grant making to stabilize and strengthen nonprofit organizations in the wake of COVID-19. He is a member of Governor Cuomo’s Reimagining New York Commission and co-chair of NYC Census 2020. He also chaired the philanthropy committee that brought a resolution to the city of Detroit’s historic bankruptcy.

Before joining Ford, Darren was vice president at Rockefeller Foundation, overseeing global and domestic programs. In the 1990s, he was COO of the Abyssinian Development Corporation, Harlem’s largest community development organization.

Darren co-chairs New York City’s Mayoral Advisory Commission on City Art, Monuments, and Markers, and has served on the Independent Commission on New York City Criminal Justice and Incarceration Reform and the UN International Labour Organization Global Commission on the Future of Work. He co-founded both the US Impact Investing Alliance and the Presidents’ Council on Disability Inclusion in Philanthropy. He serves on many boards, including Lincoln Center for the Performing Arts, the National Gallery of Art, Carnegie Hall, the High Line, the Committee to Protect Journalists, and the Smithsonian National Museum of African American History & Culture. In the summer of 2020, he was appointed to the boards of Square and Ralph Lauren. He is a member of the Council on Foreign Relations, the American Academy of Arts and Sciences and is the recipient of 16 honorary degrees and university awards, including Harvard University’s W.E.B. Du Bois Medal.

Educated exclusively in public schools, Darren was a member of the first Head Start class in 1965 and received BA, BS, and JD degrees from the University of Texas at Austin. He has been included on numerous leadership lists: Time’s annual 100 Most Influential People, Rolling Stone’s 25 People Shaping the Future, Fast Company’s Most Creative People in Business, Ebony's Power 100, and Out magazine’s Power 50 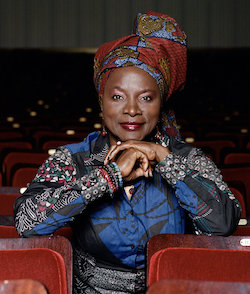 Time Magazine called her "Africa's premier diva" and The Guardian listed her as one of their Top 100 Most Inspiring Women in the World. She received the prestigious 2015 Crystal Award given by the World Economic Forum in Davos, Switzerland, the 2016 Amnesty International Ambassador of Conscience Award, and the 2018 German Sustainability Award. Her star-studded album DJIN DJIN, featuring Alicia Keys, Branford Marsalis, Peter Gabriel, Ziggy Marley and others, won a Grammy Award for Best Contemporary World Album in 2008, and her album OYO was nominated for the same award in 2011. In January 2014 Angélique’s first book, a memoir titled Spirit Rising: My Life, My Music (Harper Collins) and her twelfth album, EVE (Savoy/429 Records), were released to critical acclaim. EVE later went on to win the Grammy Award for Best World Music Album in 2015, and her historic, orchestral album Sings with the Orchestre Philharmonique Du Luxembourg (Savoy/429 Records) won a Grammy for Best World Music Album in 2016. Angelique also travels the world advocating on behalf of children in her capacity as a UNICEF and OXFAM goodwill Ambassador. At the G7 Summit in 2019, President Macron of France named Kidjo as the spokesperson for the AFAWA initiative (Affirmative Finance Action for Women in Africa) to help close the financing gap for women entrepreneurs in Africa. She has also created her own charitable foundation, Batonga, dedicated to support the education of young girls in Africa.

An Evening With Franklin Thomas was a live to tape show honoring legal, business, and civic leader, Franklin Thomas. Chaired by Ford Foundation President Darren Walker, An Evening With Franklin Thomas featured musical performances by Dianne Reeves, Carmen Lundy, and Ntomb'khona Dlamini. Close friends and associates from Thomas’ time as president and CEO of the Bedford-Stuyvesant Restoration Corporation and president of the Ford Foundation narrated events from Thomas’ life and spoke to his character as a public servant. Presenters included Ursula Burns, Vernon E. Jordan, Edward Lewis, Gay McDougall, Raymond McGuire, Indra Nooyi, Sandra Phillips, Mamphela Ramphele, Judge Albie Sachs, Henry Schacht, and Gloria Steinem. The evening’s stories highlighted Thomas’ intellect, generosity, and charisma. An Evening With Franklin Thomas was a night that will not be soon forgotten by all in attendance.

An Evening With The HistoryMakers: Chicago Stories - Special Viewing