EVENING: The HistoryMakers Year in Review—2016

Former Senior Advisor to President Barack Obama Valerie Jarrett hosts The HistoryMakers Year in Review—2016 which in terms of celebrity honorees showcases the fascinating lives and careers of both The Honorable Valerie Jarrett and The Honorable Eric H. Holder Jr. An Evening With Valerie Jarrett was held in the spring at The Art Institute of Chicago and An Evening With Eric Holder at George Washington University’s Jack Morton Auditorium in the fall. Thanks to Earl Lewis, then president of the Andrew W. Mellon Foundation, $725,000 was awarded to update The HistoryMakers Digital Archive to state-of-the-art technology. Regional events honoring area HistoryMakers were held in Los Angeles, Seattle, Atlanta, Houston, New Jersey, and Richmond. Founder and President Julieanna L. Richardson served as the 65th commencement speaker at her alma mater Brandeis University. All in all, 113 HistoryMakers were interviewed in 2016, from California to Colorado, Virginia to Georgia. In addition to behind-the-scenes footage, Dee Dee Bridgewater performs with footage provided courtesy of Berklee College of Music in honor of Valerie Jarrett, Eric Holder, and those HistoryMakers interviewed in 2016. Immediately following is a screening of An Evening With Valerie Jarrett and An Evening With Eric Holder. 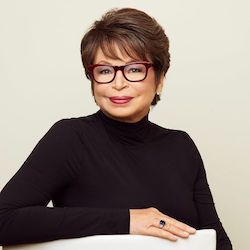 Valerie B. Jarrett is a Senior Distinguished Fellow at the University of Chicago Law School, and a senior advisor to the Obama Foundation and Attn. She serves as Board Chair of When We All Vote and Co-Chair of The United State of Women. She also serves on the boards of Lyft, Ariel Investments, Sweetgreen, Ralph Lauren, Walgreens, 2U, the Innocence Project, Time’s Up, the Economic Club of Chicago and the John F. Kennedy Center for Performing Arts. Her New York Times bestselling memoir, Finding My Voice: When the Perfect Plan Crumbles, the Adventure Begins, was published in 2019 and updated in paperback in 2020.

Ms. Jarrett was the longest serving Senior Advisor to President Barack Obama. She oversaw the Offices of Public Engagement and Intergovernmental Affairs and Chaired the White House Council on Women and Girls. Ms. Jarrett worked throughout her tenure at the White House to mobilize elected officials, business and community leaders, and diverse groups of advocates. She led the Obama Administration’s efforts to expand and strengthen access to the middle class, and boost American businesses and our economy. She championed the creation of equality and opportunity for all Americans, and economically and politically empowering women in the United States and around the world. She oversaw the Administration’s advocacy for workplace policies that empower working families, including equal pay, raising the minimum wage, paid leave, paid sick days, workplace flexibility, affordable childcare, and a culture free from sexual harassment. She led the campaigns to reform our criminal justice system, end sexual assault, and reduce gun violence.

Ms. Jarrett has a background in both the public and private sectors. She served as the Chief Executive Officer of The Habitat Company, Chairman and Chief Executive Officer of the Chicago Stock Exchange, Chairman of the Chicago Transit Board, Commissioner of Planning and Development, Deputy Chief of Staff for Chicago Mayor Richard M. Daley, and practiced corporate, real estate, and finance law for ten years.

Ms. Jarrett also served as the director of numerous corporate and not-for-profit boards including Chairman of the University of Chicago Medical Center Board of Trustees, Vice Chairman of the University of Chicago Board of Trustees, and as Director of the Federal Reserve Bank of Chicago, USG Corporation, Inc., Navigant Consulting, Inc., Bank of America Illinois, 360 Communications, Inc., the Museum of Science and Industry, and Windows to the World Communications, Inc. She has received numerous awards and honorary degrees, including TIME’s “100 Most Influential People”.

Ms. Jarrett received her B.A. from Stanford University in 1978 and her J.D. from the University of Michigan Law School in 1981. 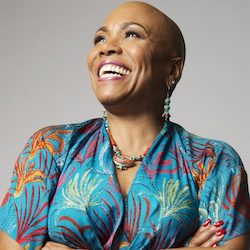 Dee Dee Bridgewater is a three-time Grammy Award-winning singer-songwriter and Tony Award-winning stage actress. She earned her first professional experience as a member of the legendary Thad Jones/Mel Louis Big Band, and throughout the 70’s she performed with such jazz notables as Max Roach, Sonny Rollins, Dexter Gordon and Dizzy Gillespie. She has received eight Grammy nominations for her albums, all of which she has produced, and won three. Bridgewater has also had a number of successful roles as both a film and stage actress, and won a Tony Award in 1975 for her role as “Glinda” in The Wiz. She has performed with the Terence Blanchard Quintet at the prestigious John F. Kennedy Center for the Performing Arts in Washington, D.C., and opened the Shanghai JZ Jazz Festival in 2009. In addition, Bridgewater served as a United Nations Ambassador for the Food and Agriculture Organization. Bridgewater was the first American to be inducted to the Haut Conseil de la Francophonie and has received the Award of Arts and Letters in France, as well as the country’s 1998 top honor, Victoire de la Musique. 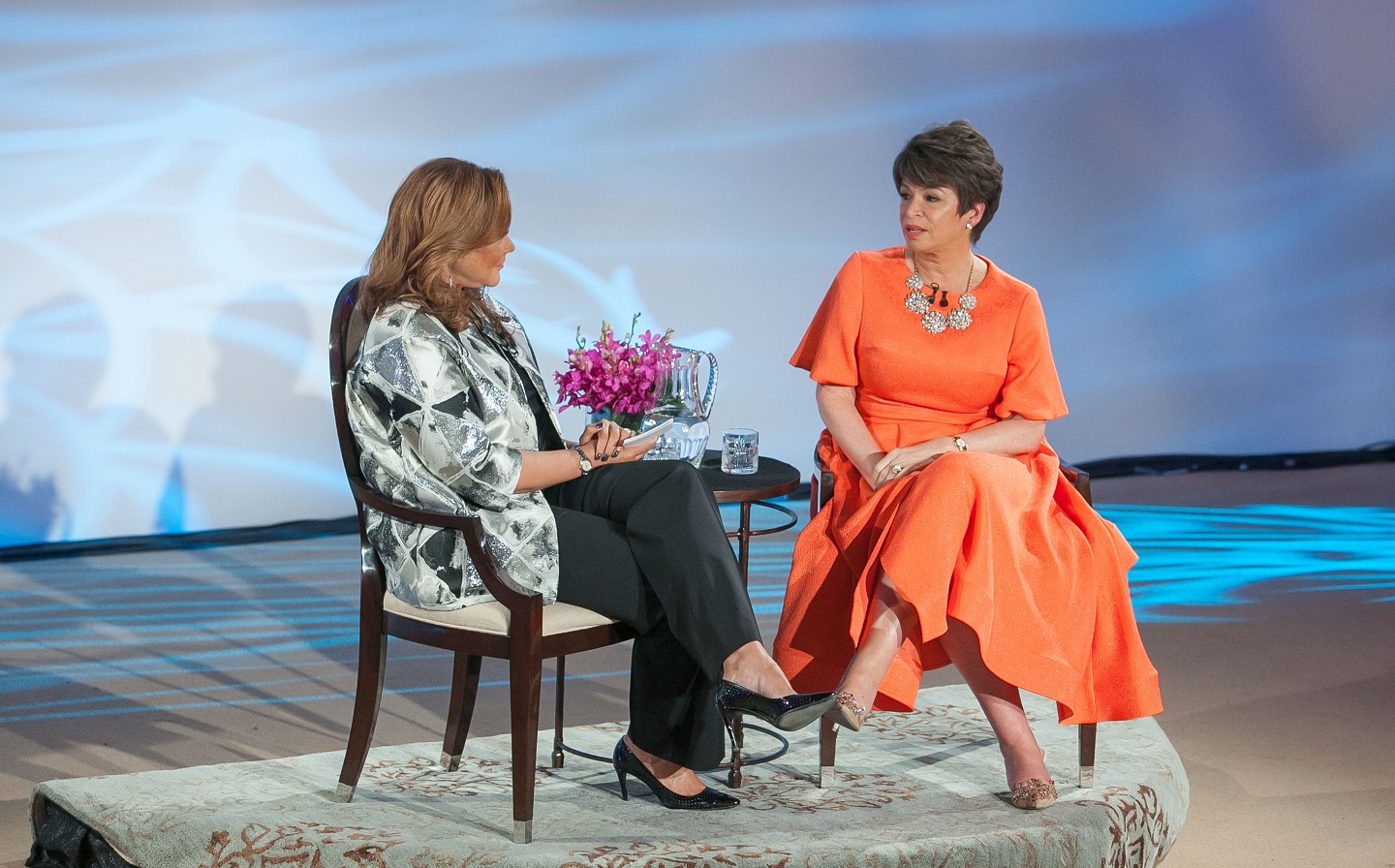 An Evening With Valerie Jarrett was a live-to-tape, one-on-one interview with Senior Presidential Advisor Valerie Jarrett conducted by veteran NPR journalist Michele Norris. Taped on Saturday, April 9, 2016 at The Art Institute of Chicago, the program featured archival photos, news clips and videotaped appearances by Jarrett’s family and colleagues as well as a special appearance by President Barack Obama. First Lady Michelle Obama was in attendance.

An Evening With Valerie Jarrett was the twenty-fourth program in The HistoryMakers’ signature An Evening With… series. Beginning with an overview of Jarrett’s impressive family history, the interview moved into a conversation about Jarrett’s political career in Chicago during the Harold Washington and Richard M. Daley mayoral administrations. Jarrett recalled first meeting the Obamas and reflected on the development of their relationship, all the way to the White House. An Evening With Valerie Jarrett thrilled the audience with stories of resilience, compassion and courage.

An Evening With Eric Holder was a one-on-one interview with former United States Attorney General Eric H. Holder, Jr., a dedicated public servant whose career has been committed to civil and human rights and racial justice. Hosted by opinion writer for The Washington Post and MSNBC contributor, Jonathan Capehart, An Evening With Eric Holder provided a rare inside look into the life and career of former U.S. Attorney General Eric Holder. This includes being raised as the child of immigrants from Barbados, to attending Columbia University and Columbia Law School, to his early lessons and growing pains as a young lawyer, and his subsequent public career and historic firsts. Holder would become the first African American to hold three of the nation’s most high-profile legal positions: U.S. Attorney for the District of Columbia, Deputy U.S. Attorney General, and finally, U.S. Attorney General, the third longest-serving in the country’s history. Through it all, the audience saw a doting father, a faithful husband, and a light-hearted friend. Musical performances by singer, songwriter, and guitarist Raul Midón, as well as R&B singer and songwriter KEM made An Evening With Eric Holder a night not soon forgotten by the audience.