EVENING: The HistoryMakers Year in Review—2015

George Duke: Performer
The HistoryMakers On Faith (2005)
An Evening With Sheila Johnson (2015) 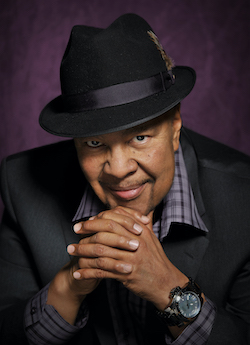 The scope of keyboardist-composer-producer George Duke’s imprint on jazz and pop music over the past forty years is almost impossible to calculate. He has collaborated with some of the most prominent figures in the industry. A producer since the 1980s, he has crafted scores of fine recordings – many of them GRAMMY winners – for artists representing almost every corner of the contemporary American music landscape.

The HistoryMakers On Faith (2005) - Special Viewing 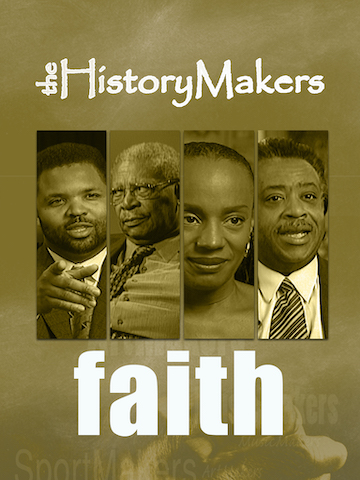 The HistoryMakers: Faith is the second volume of The HistoryMakers series centered on the importance of faith in both oneself and a higher being to achieve the impossible. Through a series of real-life stories and experiences, this documentary explores the strength of faith in the African-American community and the role it plays in achieving success. The inspirational stories from Susan L. Taylor, Reverend Al Sharpton, Kim Fields, BB King, along with many others serve to emphasize the power of believing in your dreams. Despite difficult challenges and strong opposition, these History Makers, through their real life stories and successes, illustrate the ability of a strong presence of faith to overcome even the most insurmountable of obstacles.   Purchase DVD here.

An Evening With Sheila Johnson was a live-to-tape, one-on-one interview with entrepreneur and philanthropist Sheila C. Johnson conducted by veteran PBS-TV news journalist Gwen Ifill. Taped on Saturday, November 14, 2015 at The Art Institute of Chicago, the program featured performances by Susan Starrett, Everett Greene, Joan Collaso and Kindred The Family Soul. An Evening With Sheila Johnson was the twenty-third program in The HistoryMakers’ signature An Evening With… series.

Throughout the evening, Ifill guided Johnson through significant moments of personal and professional transformation. Beginning with Johnson’s time as a music educator, the interview moved into a conversation about Black Entertainment Television (BET) - its founding, expansion, and ultimate sale to Viacom - before transitioning to Johnson’s later entrepreneurial and philanthropic endeavors. An Evening With Sheila Johnson spotlighted Johnson’s numerous accomplishments in the realms of music, media, sports and hospitality.