EVENING: The HistoryMakers Year in Review—2013

Former Darden Restaurants CEO Clarence Otis, Jr. opens up this program to celebrate 2013, the year that The HistoryMakers brought its An Evening With…PBS-TV taping to New York featuring Ursula Burns, the first African American CEO of a Fortune 100 company. It was the same year that the Ford Foundation funded 100 interviews of New York’s African American leadership. Arthur Mitchell, James Earl Jones, Whoopi Goldberg, Thelma Golden, Judith Jamison, George Wolfe, Raymond McGuire, Bethann Hardison and Frederick Terrell were some of those interviewed during this period. Infor’s CEO Charles Phillips started advising The HistoryMakers on its tech needs. An Evening With Ursula Burns allowed The HistoryMakers to forge a new relationship with The New York Times Center and $1.1 million was raised with co-chairs Gwen Adolph and Jessica Isaacs heading a dynamic committee. The year ends with 240 HistoryMakers added to the archives. In addition to behind-the-scenes footage, the program includes a pre-recorded performances by The Fisk Jubilee Singers, Dianne Reeves and Carmen Lundy, in tribute to Ursula Burns and those interviewed in 2013. Immediately following is a screening of An Evening With Ursula Burns and A Night With Sylvester Turner. 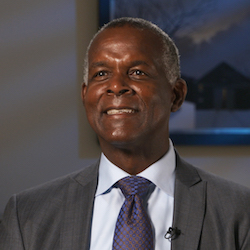 Corporate executive Clarence Otis, Jr. was born on April 11, 1956 in Vicksburg, Mississippi. He graduated from David Starr Jordan High School, and majored in political science and economics at Williams College in Williamstown, Massachusetts. He earned his J.D. degree at Stanford University Law School, before going to work for several New York law firms. With a growing interest in finance, Otis joined the municipal securities group at Kidder, Peabody & Company in 1984.  He went on to serve as the vice president of the public finance division at First Boston Corporation, and managing director of public finance at Chemical Securities. In 1995, Otis became a senior vice president and treasurer at Darden Restaurants in Orlando, Florida, and was later promoted to chief financial officer. He also served as president of its restaurant chain, Smokey Bones BBQ. In 2004, Otis was named chief executive officer of Darden Restaurants, serving until 2014. 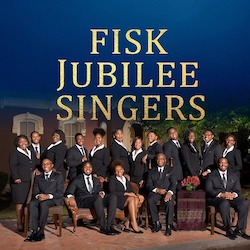 The Fisk Jubilee Singers are vocal artists and students at Fisk University in Nashville, TN., who sing and travel worldwide. The original Fisk Jubilee Singers introduced ‘slave songs’ to the world in 1871 and were instrumental in preserving this unique American musical tradition known today as Negro spirituals. They broke racial barriers in the US and abroad in the late 19th century and entertained Kings and Queens in Europe. At the same time, they raised money in support of their beloved school. The Fisk Jubilee Singers continue the tradition of singing the Negro spiritual around the world. This allows the ensemble to share this rich culture globally, while preserving this unique music. 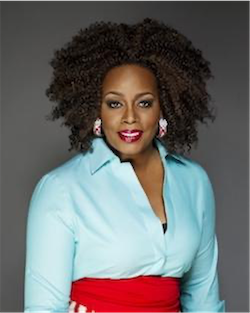 Dianne Reeves can effortlessly sing in whatever style she wants with her far-reaching range, whether it’s rhythm-and-blues, gospel, Latin or pop. But jazz always was—and continues to be—her musical foundation. Stretching across genres, she performed with Chicago Symphony Orchestra under the baton of Daniel Barenboim as well as with the Berlin Philharmonic conducted by Sir Simon Rattle. She has also recorded and performed as featured soloist with Wynton Marsalis and the Jazz at Lincoln Center Orchestra. In 2002, she became the first creative chair for jazz for the Los Angeles Philharmonic, a position designed to build the organization’s jazz presence in the community—in which it has greatly succeeded. Reeves was also featured in George Clooney’s acclaimed 2005 film Good Night, and Good Luck, whose soundtrack provided Reeves with the Grammy Award for Best Jazz Vocal Performance. Reeves has won five Grammys to date, including the award for Best Jazz Vocal Performance for three consecutive recordings. She is the recipient of honorary doctorates from the Berklee College of Music and the Juilliard School. 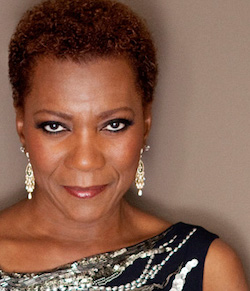 Jazz singer, composer and arranger Carmen Lundy hails from Miami, Florida and received her B.M. degree from the University of Miami.  In 1978, Lundy moved to NYC and in 1985, she released her first solo album entitled Good Morning Kiss, which topped the Billboard chart for 23 weeks.

Currently on the Afrasia Productions label, Carmen released her 15th and newest album Modern Ancestors in October, 2019.  Her previous release, 2017’s Code Noir, debuted at #9 on the Billboard Jazz Chart and received both critical and popular acclaim. Carmen’s other releases include Night and Day, Self Portrait, Old Devil Moon, This Is Carmen Lundy, Jazz and the New Songbook: Live at the Madrid, Come Home, Solamente, Changes, and Soul To Soul among others, and have all topped the Best Albums and Top Ten albums lists on Downbeat, JazzTimes, and JazzWeek.

Among Lundy’s awards and recognitions are a Grammy for Terri Lyne Carrington’s Mosaic Project – Grammy® Winner for Best Jazz Vocal Album of 2011- which features the Carmen Lundy composition “Show Me A Sign”, with Lundy’s original performance from the album “Solamente” reinvented on the arrangement.

An Evening With Ursula Burns, was a one-on-one interview of Ursula Burns, the former CEO of Xerox. Taped in front of a live audience at The New York Times Center and hosted by veteran PBS-TV news journalist Gwen Ifill, the program explored the life and career of Burns, the first African American woman to head a Fortune 500 company. A lifelong New Yorker, Burns told of her poor upbringing on the Lower East Side of Manhattan, her mother’s efforts to raise three children on her own, her start at the Xerox Corporation as a young engineer and intern, and her meteoric rise through the corporate ranks.

Intermixed throughout the program are live appearances of Ursula Burns' mentors. Former Xerox CEO, Paul Allaire, told of how Burns initially spurned his offer to become his executive assistant. Former Xerox CEO, Anne Mulcahy told of how she and Ursula spearheaded a turnaround of Xerox during a financially precarious period for the company. They worked as true partners and made history when Ursula became the first female to succeed another female CEO of a Fortune 500 company. Then, business and civic leader Vernon Jordan spoke of the importance of Burns’ journey and of how she overcame class, race and gender in order to reach the highest rank of Corporate America. Others provided their perspectives on her trailblazing career and her family life. They included: American Express CEO, Executive Leadership Council's Executive Director and Viacom Senior Vice President, Marva Smalls, as well as Burns' husband, daughter, son and sister, Lloyd Bean, Malcolm Bean, Melllisa Bean and Deborah Eastman.