EVENING: The HistoryMakers Year in Review—2006 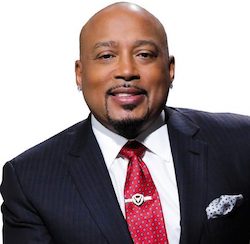 An entrepreneur in every sense of the word, Daymond John has come a long way from taking out a $100,000 mortgage on his mother’s house and moving his operation into the basement. John is CEO and Founder of FUBU, a much-celebrated global lifestyle brand, and a pioneer in the fashion industry with over $6 billion in product sales. He is an award-winning entrepreneur, and he has received over 35 awards including the Brandweek Marketer of the Year, Advertising Age Marketing 1000 Award for Outstanding Ad Campaign, Ernst & Young’s New York Entrepreneur of the Year Award and, most recently, was named #4 on LinkedIn’s Top 20 Voices, a list of the top influencers in the U.S. worth following to get inspired and stay informed!

His marketing strategies and ability to build successful brands has made him a highly influential consultant and motivational speaker today. His marketing firm The Shark Group offers advice on how to effectively communicate to consumers through innovative means and connects brands with the world’s top celebrities for everything from endorsements to product extensions. John is also an author of four best-selling books including his New York Times best-selling books, The Power of Broke (2016) and Rise and Grind (2018). In March 2020, John will release his sixth book, Powershift, that walks through his tried and true process of how to transform any situation, close any deal and achieve any outcome through his own experience and vast network of industry leaders.

Finally, he’s celebrating his 11th season on ABC’s hit business show Shark Tank by acclaimed producer Mark Burnett. It has now gone on to win four Emmys and millions of weekly viewers tune into the show as John demonstrates his marketing prowess and entrepreneurial insights. 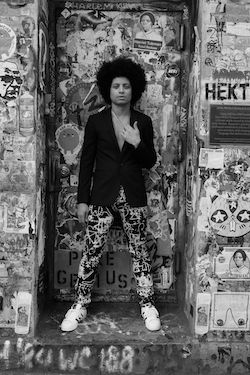 A jazz artist for the hip-hop generation, José James has showcased his rich and graceful baritone voice through a series of unpredictable projects that have also blurred the lines between traditional and contemporary jazz, soul, funk, house, and rock, among other genres. While James has cited John Coltrane, Marvin Gaye, and Billie Holiday among his main influences, his sound on early 12" singles and in live performances brought to mind such icons of '70s soul-jazz as Terry Callier and Gil Scott-Heron, albeit with a distinctive update of those artists' fluid crossover approach. James made his album debut with The Dreamer (2008), which incorporated material by jazz giant Rahsaan Roland Kirk and poetic rappers Freestyle Fellowship among numerous originals. Cross-generational references have typified James' subsequent recordings, whether he has been supported by producers Flying Lotus and Moodymann on Blackmagic (2010), accompanied by only pianist Jef Neve on For All We Know (2010), or backed by full bands that included Blue Note labelmates Robert Glasper and Chris Dave, as heard on No Beginning No End (2013), a set that topped Billboard's jazz chart. James has also devoted entire sessions to honoring his heroes with Yesterday I Had the Blues: The Music of Billie Holiday (2015) and the Bill Withers tribute Lean on Me (2018). The latter kept James in singer/songwriter mode for No Beginning No End 2 (2020), issued on his own label, Rainbow Blonde.

An Evening With Colin Powell marks the tenth in the series of PBS-TV interviews produced by The HistoryMakers. Powell’s son, Michael Powell, began the program by welcoming all those in attendance. The opening procession was conducted by Howard University’s AFROTC DET 30 in honor of Powell’s military service.

General Powell began the interview speaking about his childhood and his family’s Caribbean heritage. He shared stories of his career as a soldier and his appointment as the first African American United States Secretary of State. He went on to explain the history and contributions of African Americans in the military and their involvement in every war in the history of the United States.

Historic footage was used to showcase key moments in Powell’s life, including his induction into the Leavenworth Hall of Fame, and speeches in support of the troops throughout his time as U.S. Secretary of State. At the conclusion of the interview, Powell reflected on his life and shared his hopes for the future.

This hour-long, one-on-one interview program provided a wonderful look into the life and career of Ambassador Andrew Young. Taped live in Atlanta, Georgia at Georgia Public Broadcasting on Saturday, June 17, 2006, this PBS-TV show was the eleventh in The HistoryMakers’ An Evening With... series. Journalist Charlayne Hunter-Gault interviewed former U.S. Ambassador to the United Nations and former Atlanta Mayor Andrew Young. This was the third program taped in Atlanta, the first two being An Evening With Della Reese in 2004 and An Evening With Nikki Giovanni in 2005.

Charlayne Hunter-Gault was introduced, and the program interwove live theatrical skits based on Andrew Young’s book, An Easy Burden: The Civil Rights Movement and the Transformation of America, and his life. Hunter-Gault introduced Andrew Young, and they talked about Young’s childhood, college days, his involvement with the Civil Rights Movement, his relationship with Reverend Dr. Martin Luther King, Jr., and his political and philanthropic career. It was an exciting and riveting night!