EVENING: The HistoryMakers Year in Review—2004

Hosted by MSNBC journalist Trymaine Lee, this behind the scenes look at The HistoryMakers organization starts with 2004 Salutes to The HistoryMakers in Chicago, Los Angeles and Washington D.C. 2004 also marked the continued entry of The HistoryMakers in new markets including its participation in a commemoration program of Bloody Sunday. In Chicago, The HistoryMakers would host Reverend Martin Luther King’s oldest and only remaining sibling, Christine King Farris, with her children’s book: My Brother Martin: A Sister Remembers Growing Up with Reverend Martin Luther King, Jr., and Sounds of Experience: A Conversation on Making Music. In Los Angeles, TV director Stan Lathan would screen the Simmons Lathan Talking Truth Documentary series that was hosted by James Avery and based on content from The HistoryMakers archives for a standing room only crowd during the L.A. Salute to The HistoryMakers.  An Evening With Della Reese would serve to launch The HistoryMakers Atlanta/Southeast region with the support of Ingrid Saunders Jones and Sonjia Young. Della Reese was interviewed by Lorraine Toussaint at Georgia Public Broadcasting which became The HistoryMakers producing home. 264 HistoryMakers were interviewed in more than a dozen states: Alabama, California, Washington, D.C., Georgia, Illinois, Louisiana, Maryland, Massachusetts, Nevada, New York, Ohio, Texas, and Virginia. This evening program will include behind the scenes footage and end with a musical tribute by the Grammy Award-winning Clark Sisters, provided courtesy of the Berklee College of Music, in tribute to Della Reese and those interviewed in 2004. The night finishes up with the screening of An Evening With Della Reese and The HistoryMakers on Faith 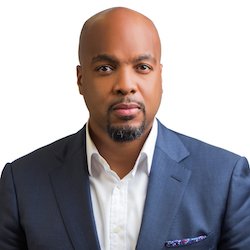 Trymaine Lee is an MSNBC columnist and correspondent, Pulitzer Prize and Emmy Award-winning journalist and host of the podcast “Into America.” He covers social justice issues and the role of race, violence, politics and law enforcement in America. In 2020, he launched “The Race Report,” a special MSNBC series that explores the intersection between race and politics this election season. 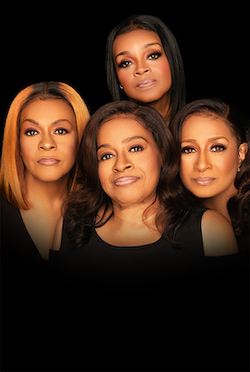 The Clark Sisters are an American gospel vocal group consisting of five sisters: Jacky Clark Chisholm (b. 1948), Denise Clark Bradford (b. 1953), Elbernita "Twinkie" Clark-Terrell (b. 1954), Dorinda Clark-Cole (b. 1957), and Karen Clark Sheard (b. 1960). The Clark Sisters are the daughters of gospel musician and choral director Mattie Moss Clark. They are credited for helping to bring gospel music to the mainstream and are considered as pioneers of contemporary gospel. Their biggest crossover hits include: "Is My Living in Vain?", "Hallelujah", "He Gave Me Nothing to Lose", "Endow Me", their hit song "Jesus Is A Love Song", "Pure Gold", "Expect a Miracle", and their largest mainstream crossover gold certified, "You Brought the Sunshine". The Clark Sisters have won three Grammy Awards. With 16 albums to their credit and millions in sales, the Clark Sisters are the highest-selling female gospel group in history.

The Clark Sisters were honored at the 2016 Essence Music Festival. During their speech Karen said that all five sisters (including Denise) will reunite and sing together again.

This hour-long one-on-one interview program provided a rare and insightful look into the life of legendary actress, minister and entertainer, Della Reese. Taped in Atlanta on June 18, 2004, in front of a live audience, Reese was interviewed by actress Lorraine Toussaint, former star of the television series Any Day Now.

From singing to acting to preaching at her church, Understanding Principles for Better Living, Reese’s career has been one worthy of celebrating. From her childhood in Detroit to singing with Mahalia Jackson and becoming the first black woman to host her own TV show, Della, to her hugely successful program Touched By An Angel, Reese has amazed audiences for six decades. A gospel singer, an actress, a minister, Della Reese is above all, an icon.