EVENING: The HistoryMakers Year in Review—2012

Performer: Smokey Robinson
An Evening With Berry Gordy (2012)
The HistoryMakers on Success (2005)

The HistoryMakers Year in Review—2012. This was the year that Berry Gordy agreed to be honored by The HistoryMakers. And with that fateful yes, after twelve years of pursuit, came the most anticipated program in The HistoryMakers An Evening With…PBS-TV series in history. The year had begun with the organization in full swing. There was a lot of activity with The HistoryMakers National Science Foundation’s ScienceMakers programs. They were held in Atlanta, Columbus, Minneapolis, and Winston-Salem in addition to A Night With Warren Washington at the National Academy of Sciences featuring the life and career of one the most significant climate change scientists of our day. Furthermore, funding from the McCormick Foundation made interviews with military leaders and a programming partnership with the First Division Museum possible. But then Berry Gordy came to Chicago, and joining him were the Motown family of Edna Anderson, Suzanne de Passe, Valerie Simpson, KEM, Janie Bradford and other Motown legends, in addition to Jonelle Monae, Brandon Dixon and Valisia LeKae. Gwen Ifill, of course, did a great job interviewing Mr. Gordy as he took to the piano to play one of his early compositions. It was indeed a historic evening. By December, 196 HistoryMakers were interviewed in cities across the nation. In addition to behind-the-scenes footage, the program includes pre-recorded performances by Smokey Robinson, in tribute to Berry Gordy and those interviewed in 2012. Immediately following is a screening of An Evening With Berry Gordy and The HistoryMakers on Success. 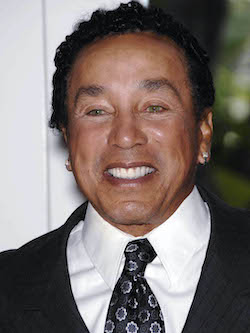 Once pronounced by Bob Dylan as America’s greatest living poet, acclaimed singer-songwriter Smokey Robinson’s career spans over four decades of hits. He has received numerous awards including the Grammy Living Legend Award, NARAS Lifetime Achievement Award, an honorary doctorate from Howard University, and the National Medal of Arts Award from President George W. Bush. He has also been inducted into the Rock ‘n’ Roll Hall of Fame and the Songwriters’ Hall of Fame.

Born and raised in Detroit, Michigan, Robinson founded The Miracles while still in high school. The group was Berry Gordy’s first vocal group, and it was at Robinson’s suggestion that Gordy started the Motown Record dynasty. Their single of Robinson’s “Shop Around” became Motown’s first #1 hit on the R&B singles chart. In the years following, Robinson continued to pen hits for the group including “You’ve Really Got a Hold on Me,” “Ooo Baby Baby,” “The Tracks of My Tears,” “Going to a Go-Go,” “More Love,” “Tears of a Clown” (co-written with Stevie Wonder), and “I Second That Emotion.”

Robinson then turned to a solo career where he continued his tradition of hit making with “Just to See Her,” “Quiet Storm,” “Cruisin’,” and “Being with You,” among others. Robinson continues to thrill sold out audiences around the world with his high tenor voice, impeccable timing, and profound sense of lyric. Never resting on his laurels, he remains a beloved icon in our musical heritage.

The HistoryMakers on Success (2005) - Special Viewing 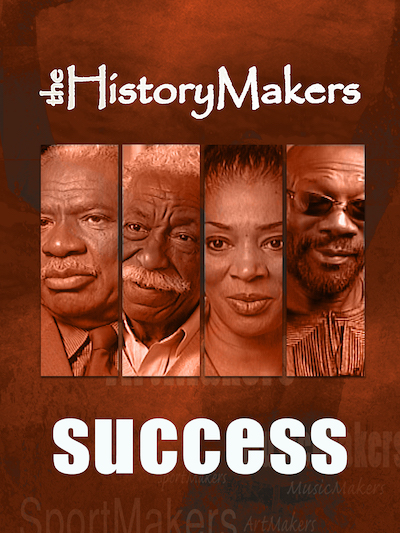 The HistoryMakers: Success is the first in The HistoryMakers series of documentaries, focused on the achievement of success in the face of adversity. Through a series of real life stories and experiences, this documentary chronicles the long road to success that many well-known and unsung African American history-makers have had no make along with the many obstacles that have stood in their way. This unique collection of oral history features interviews with prominent History Makers such as Terry McMillan, Isaac Hayes, Horace Julian Bond, Ossie Davis and a host of many other influential African-Americans who have contributed to society and history. This documentary uses the exploration of the struggle behind the success to serve as both words of wisdom and motivation. Ultimately, these inspirational stories emphasize the importance of education, risk taking, hard work, and perseverance in overcoming racial barriers to achieve success against all odds.   Purchase DVD here.