This 90-minute program is scheduled to stream on YouTube at 12:00 noon EST on Sunday, December 20 as part of the final installment of The HistoryMakers 20@2020: 20 Days and 20 Nights Convening and Celebration. 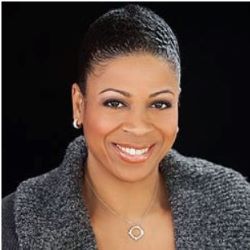 Karen Hunter was the lead host on “The ‘RL Morning Show” on WWRL and was named one of the “Heavy Hundred” (The 100 Most Important Radio Talk Show Hosts In America) by industry bible Talkers Magazine all three years on the air. She is currently the host of The Karen Hunter Show on SiriusXM. A former sports and news reporter with the New York Daily News for 16 years, Karen Hunter served four of those years on the editorial board of The News, where she was a member of the 1999 Pulitzer Prize- and Polk Award-winning teams. She was also the paper’s first African-American female news columnist. As the head of Karen Hunter Books, an imprint with Simon & Schuster, Karen Hunter has published several New York Times bestsellers including True You by pop icon Janet Jackson and Mama Dearest by the late E. Lynn Harris. 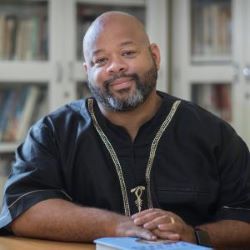 Dr. Michael Gerard Mason joined the staff of African American Affairs in the Spring of 2015. He serves as an Associate Dean and as the Director of the Luther Porter Jackson Black Cultural Center. Before joining the OAAA staff full-time, Dr. Mason held several positions at the University. In 2008, Dr. Mason joined the faculty of the Counselor Education department in the Curry School of Education as an Assistant Professor. In 2010, he transitioned to a Clinical position, Multicultural Specialist, in the Elson Student Health Counseling and Psychological Services Department, where he served as a staff psychotherapist and liaison to African American Affairs. In this capacity, he served as the Director of Project RISE, a peer counseling project created for Black students by Black students. Dr. Mason developed the training for all of the student peer counselors and peer supporters. 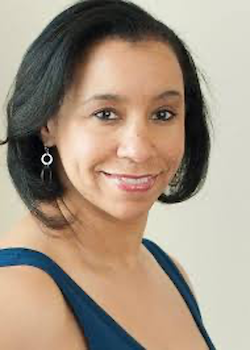 Prior to teaching at William and Mary, Leah Glenn was Assistant Professor and Head of Dance at Hampton University for two years.  While at Hampton, she directed the Terpsichorean Dance Company and established the first African American chapter of the National Dance Association's Nu Delta Alpha Honor Society.  Her choreography has been presented by the College of William and Mary, Hampton University, the Maryland School of Ballet and Modern Dance and Colonial Williamsburg.  Her reconstructions of Pearl Primus’ Bushasche Etude, the Parsons Etude, the Limon Etude, Anna Sokolow's Rooms Etude and Donald McKayle's Rainbow Etude have been presented by William and Mary.  She has also reconstructed the Rainbow Etude at Southern Methodist University, Old Dominion University and Hampton University.  Her most recent collaboration was a reconstruction with Paul Taylor Dance Company member, Parisa Khobdeh on Taylor’s work entitled, The Word. Her company, Leah Glenn Dance Theatre, presented its most recent concerts on the Millennium Stage of the Kennedy Center for Performing Arts in May 2016 and the Dance Place in May of 2017 and August 2018.  In addition to being an Associate Professor of Dance at the College of William and Mary, she is also the Founder and Artistic Director of Leah Glenn Dance Theatre (LGDT). Leah Glenn received her Master of Fine Arts degree in Dance Choreographic Theory and Production from Southern Methodist University as well as her Teacher's Certification in Labanotation from Ohio State University and her Bachelor of Arts degree in Dance and Management from Goucher College. 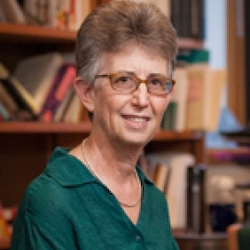 Estelle B. Freedman is the Edgar E. Robinson Professor in U.S. History at Stanford University, where she co-founded the Program in Feminist, Gender, and Sexuality Studies. Her most recent book, Redefining Rape: Sexual Violence in the Era of Suffrage and Segregation, won the 2014 Darlene Clark Hine Award for the best book in African American women’s and gender history from the Organization of American Historians. Freedman co-directs the Stanford Oral History Text Analysis Project, which is developing digital humanities methods to analyze narratives within women’s oral histories. She received a HistoryMakers Digital Humanities Fellowship in 2019 to incorporate the HistoryMakers interviews into this project. Freedman earned her B.A. in history from Barnard College and her M.A. and PhD. degrees in history from Columbia University. 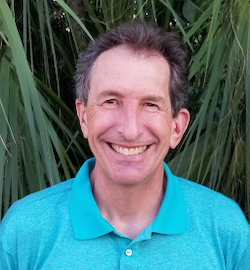 Mike Christel is a Teaching Professor in the Entertainment Technology Center (ETC) at Carnegie Mellon University (CMU). He co-teaches an introductory course in the Master of Entertainment Technology program integrating educational goals, professional development, and engaging experiences. Mike joined the ETC Faculty in 2008, moving from Carnegie Mellon's Computer Science Department where he was working at the intersection of speech recognition, image processing, and multimedia interface development and evaluation. Mike worked on interface development and evaluation for Carnegie Mellon's Informedia digital video understanding research group (links to oral history Informedia work and Informedia foundation work). Informedia research made use of speech, image and natural language processing coupled with machine learning and interface design to enable efficient access to relevant video content from large multi-terabyte digital video collections. As a member of the Informedia Digital Video Library research team, he received the Allen Newell Award for Research Excellence. Before that, from 1987 to 1997 he worked at the Software Engineering Institute at CMU. Mike received his Ph.D. from Georgia Tech in 1991 with a thesis examining dynamically generated digital video interfaces. Entertainment builds from experiences, and Mike loves to travel with his family, having enjoyed each of the 50 states in the U.S. on various journeys. 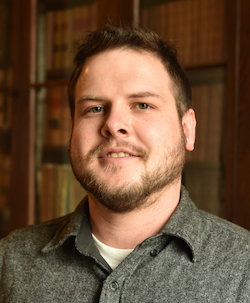 Daniel Johnson is the Digital Preservation Librarian at The University of Iowa and Consulting Archivist for The HistoryMakers. Previously Johnson worked as a digital archivist at The HistoryMakers and as a project archivist for the Gordon Hall and Grace Hoag Collection of Extremist and Dissenting Printed Propaganda at Brown University. Johnson has experience working in digital preservation, digital archives, reformatting/digitization, digital file management, web archiving, metadata standards, database management and project management. Johnson has presented on digital preservation related topics at many conferences including the American Library Association, the Society of American Archivist, the Digital Library Federation and the Upper Midwest Digital Collections Conference. Johnson earned his B.A. degree in English from the University of Illinois at Urbana-Champaign in 2007 and his MLIS from the University of Illinois at Urbana-Champaign in 2009.