Our History: African Americans in Science

Our History: African Amercians in Science

So little is known about African American achievements in science despite significant contributions to science, technology, engineering and mathematics (S.T.E.M.). This work dates as far back as America’s colonial and antebellum periods. In recent years, audiences marveled at the Hollywood movie Hidden Figures that exposed the unknown, but critically important role of African American female mathematicians like Katherine Johnson to America’s space race. Our History: African Americans in Science presents a unique opportunity to gain important insights from three of the nation’s top African American scientists. CBS correspondent Michelle Miller is joined in discussion with the former President and CEO of the Aerospace Corporation, Dr. Wanda Austin; Brown University theoretical physicist, Dr. Sylvester James “Jim” Gates; and mathematician and President of the University of Maryland, Dr. Freeman Hrabowski III, as they talk about their groundbreaking lives and careers. This animated discussion also features a Q&A session with questions from The HistoryMakers ScienceMakers Advisory Committee. Check out this inside look into these increasingly growing and important fields. Also learn why it is so important that the world know these untold stories and accomplishments of black people in science.

This 90-minute program is scheduled to stream on YouTube at 12:00 noon EST on Wednesday, December 9, 2020 as the ninth installment of The HistoryMakers 20@2020: 20 Days and 20 Nights Convening and Celebration. 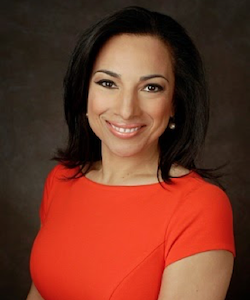 Michelle Miller is the co-host of "CBS This Morning: Saturday." Miller joined the broadcast in July of 2018 and joined CBS News in 2004. While at CBS News, Miller has reported on many stories of national and international importance. She provided extensive coverage of the unrest in Ferguson, Missouri, following the shooting death of Michael Brown. She also covered the Sandy Hook Elementary School shooting in Newtown, Conn.; the shooting at Chardon High School in Ohio; the 2004, 2008 and 2012 presidential elections; the death of Whitney Houston; the 100th anniversary of the Titanic's sinking; medical care for the rural poor in South Africa, and Hurricanes Sandy, Irene and Katrina. Miller's reporting has earned her several prestigious journalism awards including an Emmy for her series of reports on the National Guard's Youth Challenge Academy, an Edward R Murrow for her coverage of a day care center stand-off in New Orleans, and she was part of the Alfred I. duPont – Columbia Award winning team for coverage the Newtown, Conn., school shooting. In 2019, Miller won a Gracie award for her reporting on the hidden world of sex trafficking in "'48 Hours': Live to Tell: Trafficked." She's also earned a Salute to Excellence Award from NABJ and was voted Woman of the Year by the National Sports Foundation. In 2014, TV Week named Miller as one of the "12 to watch in TV news." Miller earned a bachelor's degree in journalism from Howard University and studied abroad in Kenya and Tanzania. Miller also holds a master's degree in urban studies from the University of New Orleans. 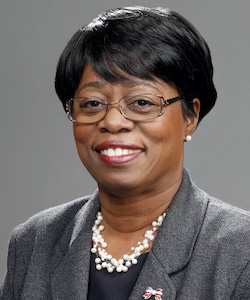 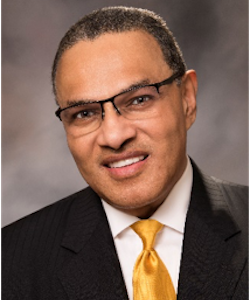 Dr. Freeman A. Hrabowski, President of UMBC since 1992, is a consultant on science and math education to national agencies, universities, and school systems. In 2012, he was named by President Obama to chair the President’s Advisory Commission on Educational Excellence for African Americans. He leads a university that has been recognized as a model for inclusive excellence by such publications as U.S. News, which the past 10 years has recognized UMBC as a national leader in academic innovation and undergraduate teaching. In 2012, he was named one of the 100 Most Influential People in the World by TIME, and more recently he received the American Council on Education’s Lifetime Achievement Award (2018), the University of California, Berkeley’s Clark Kerr Award (2019), and the University of California, San Francisco’s UCSF Medal (2020). His most recent book, The Empowered University, examines how university communities support academic success by cultivating an empowering institutional culture. 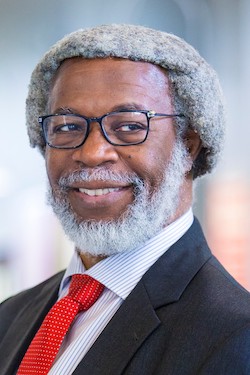 Sylvester James “Jim” Gates, Jr., (born December 15, 1950) is an American theoretical physicist. He received two B.S. degrees and a Ph.D. degree from the Massachusetts Institute of Technology, the latter in 1977. His doctoral thesis was the first one at MIT to deal with supersymmetry. In 2017, Gates retired from the University of Maryland, and is currently the Brown Theoretical Physics Center Director, Ford Foundation Professor of Physics, an Affiliate Mathematics Professor, and a Faculty Fellow, Watson Institute for International Studies & Public Affairs at Brown University. While at the University of Maryland, College Park, Gates was a University System Regents Professor, the John S. Toll Professor of Physics, the Director of the String and Particle Theory Center, and Affiliate Professor of Mathematics. Gates served on the U.S. President’s Council of Advisors on Science and Technology, contemporaneously on the Maryland State Board of Education from 2009-2016, and the National Commission on Forensic Science from 2013-2016. He is known for his work on supersymmetry, supergravity, and superstring theory. In 1984, working with M.T. Grisaru, M. Rocek, W. Siegel, Gates co-authored Superspace, the first comprehensive book on the topic of supersymmetry. In 2017, working with Frank Blitzer and Stephen Jacob Sekula, he co-authored Reality in the Shadows (Or) What the Heck's the Higgs? In 2019, together with Cathie Pelletier, he co-authored Proving Einstein Right: The Daring Expeditions that Changed How We Look at the Universe.