Blacks in Media: A One-on-One Interview With Ed Lewis

Black media enterprises look different today than they did decades ago, but both the original institutions and their 21st century counterparts have remained a cultural force in the African American community. Blacks in Media: A One-on-One Interview with Ed Lewis features an exploration into the creation of one of the nation’s most enduring African American brands, Essence Magazine. CNN news anchor Laura Jarrett conducts a one-on-one interview with its co-founder and chairman and publisher emeritus of Essence Communications Edward Lewis. Born in the South Bronx with a life shaped by black women, Lewis would go on to be the last founder standing. The interview will explore his life and career as well as the impact that Essence has and continues to have on the media landscape and where its legacy fits in the historical continuum. The discussion also features a Q&A session with questions from The HistoryMakers MediaMakers Advisory Committee. Tune in to this informative conversation on the ins and outs of black media, where it began, and the path it’s on now.

This 90-minute program is scheduled to stream on YouTube at 12:00 noon EST on Monday, December 14th, 2020 as the fourteenth installment of The HistoryMakers 20@2020: 20 Days and 20 Nights Convening and Celebration. 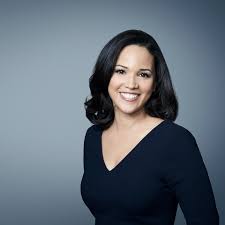 Laura Jarrett is the anchor of "Early Start" with Christine Romans. Previously, Jarrett was a correspondent based in Washington, D.C. covering the Justice Department and legal issues. Since joining CNN from her law practice in 2016, Jarrett has covered many significant legal stories during the Trump administration, including the travel ban, migrant family separations at the southwest border, the firing of Attorney General Jeff Sessions and FBI Deputy Director Andrew McCabe, and high stakes battles between the Justice Department and Capitol Hill. She had a lead role in delivering the breaking news of Special Counsel Robert Mueller's appointment to oversee the Russia investigation in May 2017, as well as the conclusion of his work in March 2019. She also served as the lead reporter for CNN covering the Justice Department Inspector General's report on the FBI's investigation into Hillary Clinton's handling of classified information, and the corruption trial of Senator Bob Menendez.

Prior to CNN, Jarrett worked as an attorney in Chicago. In private practice, Jarrett focused on defending companies and individuals in government investigations brought by the Justice Department and Securities and Exchange Commission, as well as complex commercial litigation. Jarrett also devoted significant time to pro bono cases, including the representation of a sex trafficking victim who successfully used a new Illinois law to expunge her past convictions. Jarrett served as a law clerk for two federal judges, the Honorable Rebecca Pallmeyer on the Northern District of Illinois and later for the Honorable Ann C. Williams on the Seventh Circuit Court of Appeals in Chicago.

Jarrett graduated from Harvard Law School in 2010, where she was Articles Selection co-chair for the Harvard Journal of Law and Gender, and published her own articles on the intersection of gender, violence, and the law. 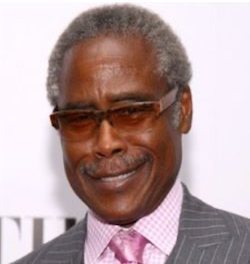 Magazine publisher and entrepreneur Edward Lewis co-founded Essence in 1969. He went on to serve as CEO and publisher of Essence Communications, Inc. for three decades. In the 1980s and 1990s, Lewis expanded Essence Communications to include a weekly television show, fashion line, and mail-order catalog, as well as an annual awards show and Essence music festival. In 1992, Lewis acquired Income Opportunities from Davis Publishing; and, in 1995, he co-founded Latina magazine, a bilingual publication geared toward Hispanic women. In 1997, Lewis became the first African American chairman of the Magazine Publishers of America. In October 2000, Lewis engineered a partnership with Time, Inc. and Essence Communications was sold to Time in 2005. He later joined the private equity firm Solera Capital as a senior adviser and published a memoir, The Man from Essence: Creating a Magazine for Black Women, in 2014.