Blacks in Finance: A Rich History

Blacks in Finance: A Rich History

African Americans’ role in finance dates back to the turn of the century. These early pioneers helped to pave the way with the establishment of black banks, insurance companies, hotels and hair care companies. In fact, Frederick Douglas was made president of the Freedman’s Bank, the first national African American bank just before its untimely end due to mismanagement from their white board of directors. The 1930s and 1940s brought other firsts, but it would not be until the 1970s that more progress was made. This panel Blacks in Finance: A Rich History is a moderated discussion hosted by CNBC’s Sharon Epperson that covers this subject through the lives of today’s finance leaders. Epperson is joined by a panel of successful leaders and entrepreneurs including the founder of Smith Graham, Gerald Smith, co-founder of Fairview Capital Partners, Laurence Morse, the founder, chairman, and CEO of Ariel Investments, John Rogers, Jr. along with Black Enterprises’ Editor in Chief, Derek Dingle. The discussion also features a Q&A session with questions from The HistoryMakers BusinessMakers Advisory Committee. Don’t miss out on this fascinating insight into the world of black finance.

This 90-minute program is scheduled to stream on YouTube at 12:00 noon EST on Tuesday, December 15, 2020 as the fifteenth installment of The HistoryMakers 20@2020: 20 Days and 20 Nights Convening and Celebration. 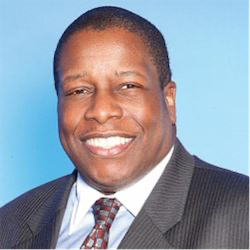 Derek T. Dingle is senior vice president/Editor-in-Chief of BLACK ENTERPRISE. Dingle has appeared as a business expert on numerous television networks and radio programs, including CNN, CNBC, NBC’s Weekend Today, and National Public Radio. Prior to becoming Editor-in-Chief of BLACK ENTERPRISE magazine, Dingle served as the publication’s executive editor from 2000 to July 2008, and managing editor from 1987 to 1990. Earlier in his career, Dingle founded and served as president and CEO of Milestone Media Inc., the nation’s largest black-owned comic book company. An award-winning editor, Dingle is the author of Titans of the B.E. 100s: Black CEOs Who Redefined and Conquered American Business, and he received the 1999 International Reading Association Award for his book First in the Field: Jackie Robinson, Baseball Hero. 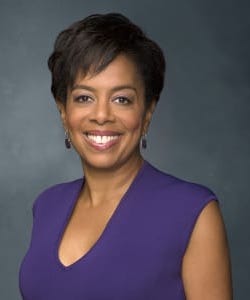 Sharon Epperson, named one of “12 to Watch in TV News,” can be seen regularly on CNBC television and other media platforms.

As CNBC’s senior personal finance correspondent, Epperson covers the many facets of how people manage, grow and protect their money. Her expertise includes saving and investing for retirement, paying for college, managing mortgage, student loan, credit card and other debt, and building a financial legacy through estate planning. 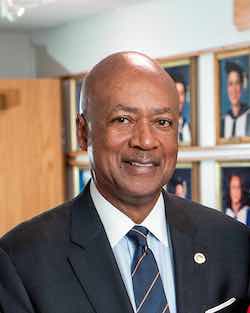 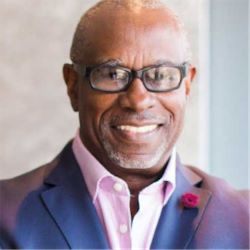 Gerald B. Smith is the Chairman and Chief Executive Officer of SGIA (Smith Graham & Co.), a high-quality, competitive investment management firm headquartered in Houston with a full-service office in New York, New York. Founded in 1990, SGIA has served diversified, institutional clients, including public funds, corporations, endowments and Taft-Hartley plans and currently manages over $6 billion in fixed income, Mortgage & Real Estate Debt and equity institutional assets. SGIA is one of the nation’s largest minority-owned investment management firms and one of the largest investment management firms based in Houston. A founding member of the New York Futures Exchange, Mr. Smith has worked with institutional investors to hedge their interest-rate risk by using financial futures.  Mr. Smith dedicates time to many corporate boards and civic and community organizations. He currently is a member of the Board of Trustees and Chair of the Investment Oversight Committee for The Charles Schwab Family of Funds; Board Member of the New York Life Insurance Company and Chair of the Investment Committee; and Board Member and Chair of the Audit Committee for Eaton, PLC. He also serves as Board Member of the Federal Reserve Bank of Dallas. He is the current Chairman of the Texas Southern University Foundation Board. A graduate of Texas Southern University with a BBA in Finance, in 2012, Mr. Smith received an Honorary Doctorate Degree from his alma mater, where he has established the Gerald B. Smith Center for Entrepreneurship and Innovation to help young people of color better compete in today’s business environment. 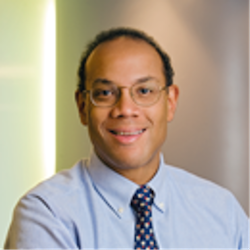 John’s passion for investing began at age 12 when his father began buying him stocks as Christmas and birthday gifts. His interest in equities grew at Princeton University, where he majored in economics, and over the two-plus years he worked as a stockbroker for William Blair & Company, LLC. In 1983, John founded Ariel to focus on patient, value investing within small- and medium-sized companies. While our research capabilities have expanded across the globe, patience is still the disciplined approach that drives the firm today. Early in his career, John’s investment acumen brought him to the forefront of media attention and culminated in him being selected as Co-Mutual Fund Manager of the Year by Sylvia Porter’s Personal Finance magazine as well as an All-Star Mutual Fund Manager by USA TODAY. Furthermore, John has been highlighted alongside legendary investors Warren Buffett, Sir John Templeton and Ben Graham in the distinguished book: The World’s 99 Greatest Investors by Magnus Angenfelt. His professional accomplishments extend to the boardroom where he is a member of the board of directors of McDonald’s, NIKE and The New York Times Company. John also serves as vice chair of the board of trustees of the University of Chicago. Additionally, he is a member of the American Academy of Arts and Sciences, and a director of the Robert F. Kennedy Center for Justice and Human Rights. In 2008, John was awarded Princeton University’s highest honor, the Woodrow Wilson Award, presented each year to the alumnus or alumna whose career embodies a commitment to national service. Following the election of President Barack Obama, John served as co-chair for the Presidential Inaugural Committee 2009, and more recently, he joined the Barack Obama Foundation’s Board of Directors. John received an AB in economics from Princeton University, where he was also captain of the varsity basketball team.