In many ways, America’s music is black music and this topic will be explored in Black Music: Let The Archives Sing. WHUR radio host Angela Stribling will explore this topic with an expert panel that includes the Grammy Award winning musician and Artistic Director for the Berklee Institute of Jazz and Gender Justice, Terri Lyne Carrington, Kennedy Center Artistic Director for Jazz, Jason Moran, and pop and R&B music arranger, the late Luther Vandross’s noted music director, Nat Adderley, Jr., multi-genre recording artist and instrumentalist, Damien Sneed, and Grammy-nominated vocalist, songwriter and hip- hop artist, Maimouna Youssef aka Mumu Fresh. The discussion will span across different musical genres while exploring how well preserved black musical history and its contributors are both nationally and internationally. This panel will also feature a Q&A session with questions from The HistoryMakers MusicMakers Advisory Committee.

This 90-minute program is scheduled to stream on YouTube and Facebook Live at 12:00 noon EST on Saturday, December 20 as part of the penultimate installment of The HistoryMakers 20@2020: 20 Days and 20 Nights Convening and Celebration. 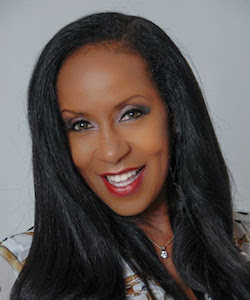 Angela Stribling is probably best known for her television career on BET as Host of Screen Scene, the network’s premier entertainment news show. She spent four years hosting Screen Scene before becoming an integral part of launching BET Jazz. During this time, she also hosted BET Jazz Discovery; A showcase of undiscovered jazz artists, and BET Jazz Scene; The only nationally broadcast jazz industry newsmagazine. Stribling began her broadcast career as a news intern at WTTG-TV (Fox affiliate in Washington, DC) and WOL-AM Radio (Washington, DC), and progressed to WHUR Radio. She has also hosted several syndicated programs for the American Urban Radio Networks. Stribling discovered her love for singing at the age of 4. Classically trained, she hones her jazz skills at various venues around the world including the world famous Blue Note in New York City. Angela has shared the stage with musical legends Stevie Wonder, and Chaka Kahn. She sang for President Bill Clinton and Robert De Niro at a fundraiser in New York City for Congressman Charles Rangel. Stribling’s love affair with Europe and Asia began in 2002 when Hennessy invited her as their jazz vocalist for one week of sold out performances in Myanmar (Burma) and later that year for their Hennessy Smooth and Mellow International Jazz Tour. In radio, television, and music, Stribling has built an impressive career as a multimedia broadcaster and communicator. Stribling, who has appeared in several films and television shows, is one of the most sought after voices in the country. Her professional credits include national radio and television campaigns for Mercedes-Benz, Prudential Life Insurance, Time Life, Colgate Simply White Toothpaste, and Folgers Coffee. Stribling earned a Bachelor of Arts degree in Fashion Merchandising and Buying from the Fashion Institute. 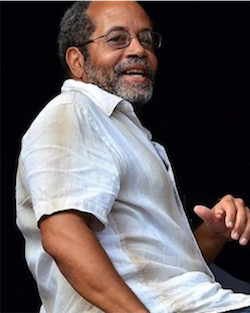 Nat Adderley Jr. is a pianist, composer, arranger, and producer, best known for his work with Luther Vandross.  Adderley Jr. wrote (and arranged) Luther’s first top 20 pop hit, “Stop to Love”, and some other important Luther songs, including “Wait for Love” and the Grammy-nominated “Give me the Reason”.  Adderley Jr. also produced “The Closer I Get To You”, a duet with Beyoncé Knowles. That track is featured on Beyoncé’s Grammy-winning Dangerously in Love (best contemporary R&B album), on Luther’s Grammy-winning Dance With My Father (best R&B album), and the track won the Grammy in 2004 for best R&B performance by a duo or group.  In 2003, Adderley Jr. produced Luther’s Live 2003 at Radio City Music Hall. Adderley Jr. was Luther’s musical director from 1981 until his death. Many other artists have had major successes with help from Adderley Jr., including Kirk Whalum, Natalie Cole, Johnny Gill, Aretha Franklin, Gloria Lynne, and Doc Powell. He received his BA from Yale University. 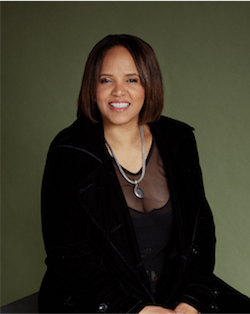 With technical wizardry and profound creativity, NEA Jazz Master, Terri Lyne Carrington, has become one of the giants of today’s jazz music. A three-time GRAMMY Award-winning drummer, composer, producer, and educator, Carrington began her professional career at only ten years old and received a full scholarship to Berklee College of Music at the age of 11. She is the first female artist to ever win the GRAMMY Award for Best Jazz Instrumental Album, which she received for her 2013 work, “Money Jungle: Provocative in Blue.” Over the four-decade-plus span of her career, she has played with Herbie Hancock, Wayne Shorter, Lester Bowie, Cassandra Wilson, Dianne Reeves, Stan Getz, Al Jarreau, John Scofield, Pharoah Sanders, and Esperanza Spalding among countless other jazz luminaries.

In 2019, Carrington received the prestigious Doris Duke Artist Award as recognition of her important work in the field. She has curated musical presentations at Harvard University, Schomburg Center for Research in Black Culture, and the John F. Kennedy Center, and has enjoyed multi-disciplinary collaborations with esteemed visual artists Mickalene Thomas and Carrie Mae Weems. Her artistry and commitment to education earned her honorary doctorates from Manhattan School of Music and Berklee College of Music, where she currently serves as founder and artistic director of the Berklee Institute of Jazz and Gender Justice, whose mission is to recruit, teach, mentor, and advocate for young musicians seeking to study jazz with racial justice and gender justice as guiding principles. She is also the artistic director for the Carr Center in Detroit as well as Berklee’s Summer Jazz Workshop.

To date, she has released eight albums, including her 2011 work, “The Mosaic Project: LOVE and SOUL,” which features a leading cast of superb female instrumentalists and vocalists, such as Regina Carter, Natalie Cole, Lalah Hathaway, Ingrid Jensen, Chaka Khan, Ledisi, Meshell Ndegeocello, Patrice Rushen, Nancy Wilson, Lizz Wright, and others. Carrington also combined forces with David Murray and the late Geri Allen to form the MAC Power Trio. Their 2016 release, “Perfection,” is a tribute to Ornette Coleman. In 2019, Terri Lyne Carrington and Social Science released their critically acclaimed double album, Waiting Game, a project that elevates social justice issues, featuring pianist Aaron Parks and guitarist Matthew Stevens, winning 3 awards in the 2020 Downbeat International Critics Poll for Artist of the Year, Album of the Year and Group of the Year. 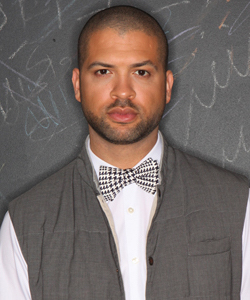 Jazz pianist, composer, and performance artist Jason Moran was born in Houston, TX in 1975 and earned a degree from the Manhattan School of Music, where he studied with Jaki Byard. He was named a MacArthur Fellow in 2010 and is the Artistic Director for Jazz at The Kennedy Center. Moran currently teaches at the New England Conservatory. Moran is deeply invested in reassessing and complicating the relationship between music and language, and his extensive efforts in composition, improvisation, and performance are all geared towards challenging the status quo while respecting the accomplishments of his predecessors. His activity stretches beyond the many recordings and performances with masters of the form including Charles Lloyd, Bill Frisell, and the late Sam Rivers, and his work with his trio The Bandwagon (with drummer Nasheet Waits and bassist Tarus Mateen) has resulted in a profound discography for Blue Note Records. He has collaborated with such major figures as Adrian Piper, Joan Jonas, Glenn Ligon, Stan Douglas, Adam Pendleton, Lorna Simpson, and Kara Walker; commissioning institutions of Moran’s work include the Walker Art Center, the Philadelphia Museum of Art, the Dia Art Foundation, the Whitney Museum of American Art, Harlem Stage, and Jazz at Lincoln Center. Moran has a long-standing collaborative practice with his wife, the singer and Broadway actress Alicia Hall Moran; as named artists in the 2012 Whitney Biennial, they together constructed BLEED, a five-day series of live music. BLEED explored the power of performance to cross barriers and challenge assumptions, and it was widely hailed as groundbreaking in the music and performance realm. In 2018, Moran had his first solo museum exhibition at the Walker Art Center, Minneapolis, MN, which traveled to the Institute of Contemporary Art, Boston, MA; Wexner Center for the Arts, Columbus, OH; and Whitney Museum of American Art, New York, NY.  A monographic publication accompanied the exhibition. 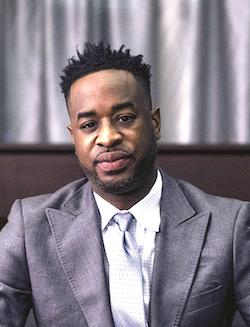 As a multi-genre recording artist and instrumentalist, Damien Sneed is a pianist, vocalist, organist, composer, conductor, arranger, producer, and arts educator whose work spans multiple genres. He has worked with jazz, classical, pop, and R&B legends, including the late Aretha Franklin and Jessye Norman, which he is featured on Norman’s final recording, Bound For The Promised Land on Albany Records. He also worked with Wynton Marsalis, Stevie Wonder, Diana Ross, Ashford & Simpson, J’Nai Bridges, Lawrence Brownlee, Brandie Inez Sutton and many others. Sneed has served as music director for Grammy Award-winning gospel artists The Clark Sisters, Richard Smallwood, Donnie McClurkin, Hezekiah Walker, Marvin Sapp, Karen Clark Sheard, Dorinda Clark-Cole and Kim Burrell, among others. Sneed is a 2020 Dove Award winner for his work as a featured producer and writer on the Clark Sisters’ new project, “The Return”, released on March 13, 2020. 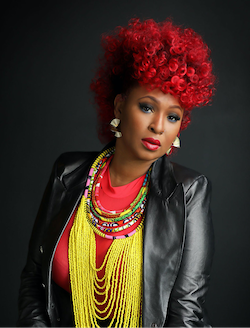 Maimouna Youssef (aka Mumu Fresh) is a Grammy Award-nominated singer, MC, songwriter, activist, and acclaimed hip hop artist who's been called a "quadruple threat" by the Roots' Black Thought and "groundbreaking" by Oscar-winning artist, Common. She has been awarded the post of "Musical Ambassador for The United States," and has collaborated with numerous philanthropic leaders, including W.K. Kellogg Foundation, IMAN, Congressional Black Caucus, and Global Citizens Festival. Behind the scenes, Youssef serves as a Governor for the DC chapter of the Recording Academy’s Grammy Board as well as a mentor for several Grammy U affiliated young aspiring artists. She has received recognition from several local non-profit organizations such as One Common Unity, Bmore News, & Womb Work Productions as well as international awards from Mayor Luis Fernando Castellanos Cal of Tuxtla Gutierrez, Mexico for her outstanding service and commitment to the youth worldwide.