Black Hollywood: Is It Well Preserved?

Black Hollywood: Is it Well Preserved?

The history of blacks in Hollywood has been examined and explored over the past fifty years by noted film historian and NYU professor Donald Bogle, whose celebrated works includes Toms, Coons, Mu­lattoes, Mammies and Bucks: An Interpretative History of Blacks in Films. In Black Hollywood: Is it Well Preserved? Bogle, after a fascinating historical presentation, interviews African American talent scout Dolores Robinson who launched the careers of LeVar Burton, Martin Sheen, Emilio Estevez, and her daughter Holly Robinson Peete; Hollywood producer Debra Martin Chase, the first black female to have a deal with a major studio whose works include The Preachers Wife, Princess Diaries, Sisterhood of the Traveling Pants and the biopic Harriett; and Cheryl Boone Isaacs, the first African American to serve as president of the Academy of Motion Pictures Arts and Sciences, whose brother, Ashley Boone, was the first black president of a major Hollywood studio, on their lives and careers, and the need to preserve this important part of Hollywood history. Following these interviews will be a Q&A session with questions from The HistoryMakers EntertainmentMakers Advisory Committee.

This 90-minute program is scheduled to stream on YouTube at 12:00 noon EST on Sunday, December 13, 2020 as the thirteenth installment of The HistoryMakers 20@2020: 20 Days and 20 Nights Convening and Celebration. 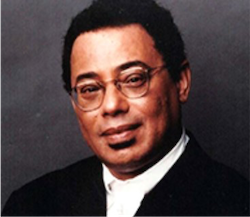 Donald Bogle is a film historian and author. In 1973, Bogle published his first book, Toms, Coons, Mulattoes, Mammies, and Bucks: An Interpretive History of Blacks in American Films in 1973, which won the Theatre Library Association Award as the best film book of the year. Bogle then went on to complete several other literary works. His work has also yielded an award-winning movie based upon Dorothy Dandridge’s life, Introducing Dorothy Dandridge, starring Halle Berry. He has appeared as a commentator for numerous television documentaries and has been interviewed on several television programs, including The Today Show, Good Morning America, Oprah, and Entertainment Tonight. He has also written articles that have appeared in Film Comment, Spin, Essence, Elan, University Review, and Freedomways. In addition, Bogle has taught at Rutgers University, Lincoln University, the University of Pennsylvania and the Tisch School of the Arts at New York University. Source: The HistoryMakers 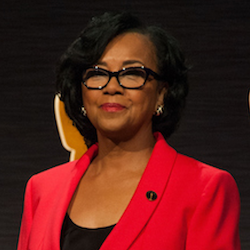 Cheryl Boone Isaacs is an entertainment executive and former president of the Academy of Motion Picture Arts and Sciences. Boone Isaacs earned her B.A. degree in political science from Whittier College in 1971, and held a variety of roles at several production companies including Columbia Pictures, Melvin Simon Productions, The Ladd Company, Paramount Pictures, and New Line Cinema. In 1997, Boone Isaacs was named president of theatrical marketing for New Line Cinema, and became the first African American woman to head a studio marketing department. In 2000, she founded CBI Enterprises, Inc., and worked on publicity for The King’s Speech and The Artist. In 2013, Boone Isaacs produced the multi-award-winning documentary Tough Ain’t Enough: Conversations With Albert S. Ruddy, which highlighted the life and career of the two-time Oscar-winning producer. Also in 2013, she was elected (and re-elected in 2015) president of the Academy of Motion Picture Arts and Sciences, launching the initiative A2020 to increase the number of women and minority members to the Academy by 2020. In 2017, Boone Isaacs oversaw the development of the Academy Museum of Motion Pictures in partnership with the Los Angeles Museum of Contemporary Art, before stepping down as president. Boone Isaacs received Essence Magazine’s Trailblazer Award in 2013. In 2014, she was inducted into the NAACP Image Award Hall of Fame, received the African American Film Critics Association Horizon Award, and was named the Chapman University Dodge College of Film and Media Arts O.L. Halsell Filmmaker-in-Residence. 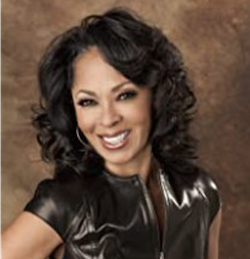 Debra Martin Chase is a movie producer. She graduated from Harvard Law School in 1981 and practiced law for several years. Interested in the film industry, Chase joined the legal department of Columbia Pictures, and by 1989, she was executive assistant to Frank Price. By 1992, Chase was heading Denzel Washington’s production company, Mundy Lane Entertainment, producing The Pelican Brief, Devil in a Blue Dress, The Preacher’s Wife, Courage Under Fire and the Academy Award nominated documentary, Hank Aaron: Chasing the Dream. By 1995, Chase had become the executive vice president of Whitney Houston’s Brown House Productions, which produced the 1997 Emmy nominated television musical Rogers and Hammerstein’s Cinderella, and The Princess Diaries. In 2000, Chase formed Martin Chase Productions; she went on to produce Fox-TV’s Missing and Disney’s The Cheetah Girls, Miracle (2004), and Sisterhood of the Traveling Pants (2005). Source: The HistoryMakers 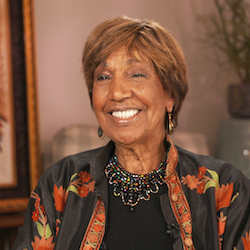 Singled out by The Hollywood Reporter as one of the top dealmakers in Hollywood, Dolores Robinson has truly become one of the industry's most influential and successful managers. After moving to Los Angeles, CA in 1974 to start a new life with her children, Robinson has since created an impressive reputation in the entertainment industry. In one capacity or another, she has been directly involved in building the careers of some of Hollywood's biggest motion picture and television stars.