This 90-minute program is scheduled to stream on YouTube and Facebook Live at 12:00 noon EST on Saturday, December 5, 2020 as the fifth installment of The HistoryMakers 20@2020: 20 Days and 20 Nights Convening and Celebration. 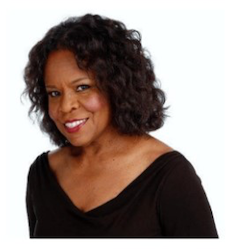 Teri Agins is an award-winning journalist, lecturer, consultant and former senior special writer at The Wall Street Journal where she developed the paper’s fashion industry beat which she covered for more than 25 years. She is the author of Hijacking the Runway, How Celebrities are Stealing the Spotlight From Fashion Designers (2014) and The End of Fashion, How Marketing Changed the Clothing Business Forever (1999). Teri has written for The New York Times, Vogue, Essence, Town & Country, Allure, Elle, Fortune and Harper’s Bazaar, and appeared on “Oprah,” “Project Runway,” “The View,” “Full Frontal Fashion,” “The Today Show,” CNN, CNBC, and National Public Radio. Her journalism awards came from the Council of Fashion Designers of America, the Accessories Council, Columbia University, University of Missouri, University of Georgia and the Newswomen’s Club of New York. 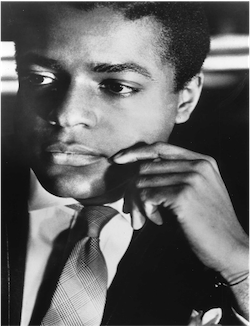 Jeffrey Banks is an internationally recognized fashion designer. Banks earned a Special Coty Award for men’s furs with Alixandre, followed by another Coty for his signature menswear collection and an “Earnie” for his signature boyswear. Banks has also received the Cutty Sark Award for Outstanding U.S. Designer of Menswear as well as the Pratt Institute Award for Excellence. As the designer of Merona Sport, Banks built a $100 million sportswear line in less than five years. In addition to designing his signature menswear line, he has had a long-standing menswear license in Japan. Banks has also designed private label sportswear and clothing for Bloomingdale’s. He conceived and developed the Johnnie Walker Collection of men’s sportswear as the first brand extension for this prestigious distiller. He has also recently designed Jeffrey Banks Womenswear and Jeffrey Banks Home Décor for HSN. 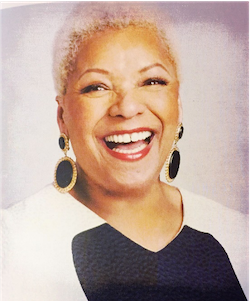 Audrey Smaltz is one of fashion’s most innovative entrepreneurs. In 1970 Smaltz was hired as the Fashion Editor for the Ebony Magazine and commentator for the Ebony Fashion Fair in Chicago. In 1977 she started The Ground Crew, a management team that handles every detail of backstage operations. Since 1982, The Ground Crew has worked for some of fashion’s top designers, including Giorgio Armani, Jason Wu, Donna Karan, Victoria’s Secret, Calvin Klein, Ferragamo, Michael Kors, Kanye West, Stephen Burrows, and Vera Wang, among others. Celebrities such as Aretha Franklin, Diana Ross, and Jackie Joyner Kersey have also enlisted the outfit’s talents. She was a contributing editor to Vogue, Mirabella, and Mode magazines and a board member of the Black Fashion Museum, Dress for Success Worldwide, the Gracie Mansion Conservancy, and Fashion Group International, BRAG. She has also appeared on QVC, Oprah and the Today Show, just to name a few. 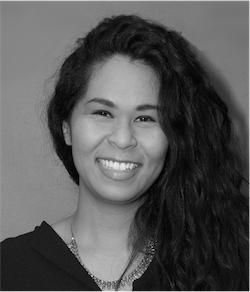 Elizabeth Way is Assistant Curator of Costume at The Museum at the Fashion Institute of Technology. She co-curated the exhibitions, Global Fashion Capitals (June - November 2015) and Black Fashion Designers (December 2016 - May 2017), and curated Fabric In Fashion (December 2018 - May 2019). Her publications include: “Dressing to Pass During the Harlem Renaissance: Fashion in the Novels of Jessie Redmon Fauset and Nella Larsen,” Fashion Theory: The Journal of The Journal of Dress, Body & Culture (2020); “Strands of the Diaspora: Black Hair in the Americas 1800-1920,” in A Cultural History of Hair in the Age of Empire (1800-1920) (2018); “Looking Back at the Future: Space Suits and Space Age Fashion” in Expedition: Fashion from the Extreme (2017); and “Elizabeth Keckly and Ann Lowe: Recovering an African American Fashion Legacy That Clothed the American Elite” in Fashion Theory (February 2015).